Young Guns in a league of their own 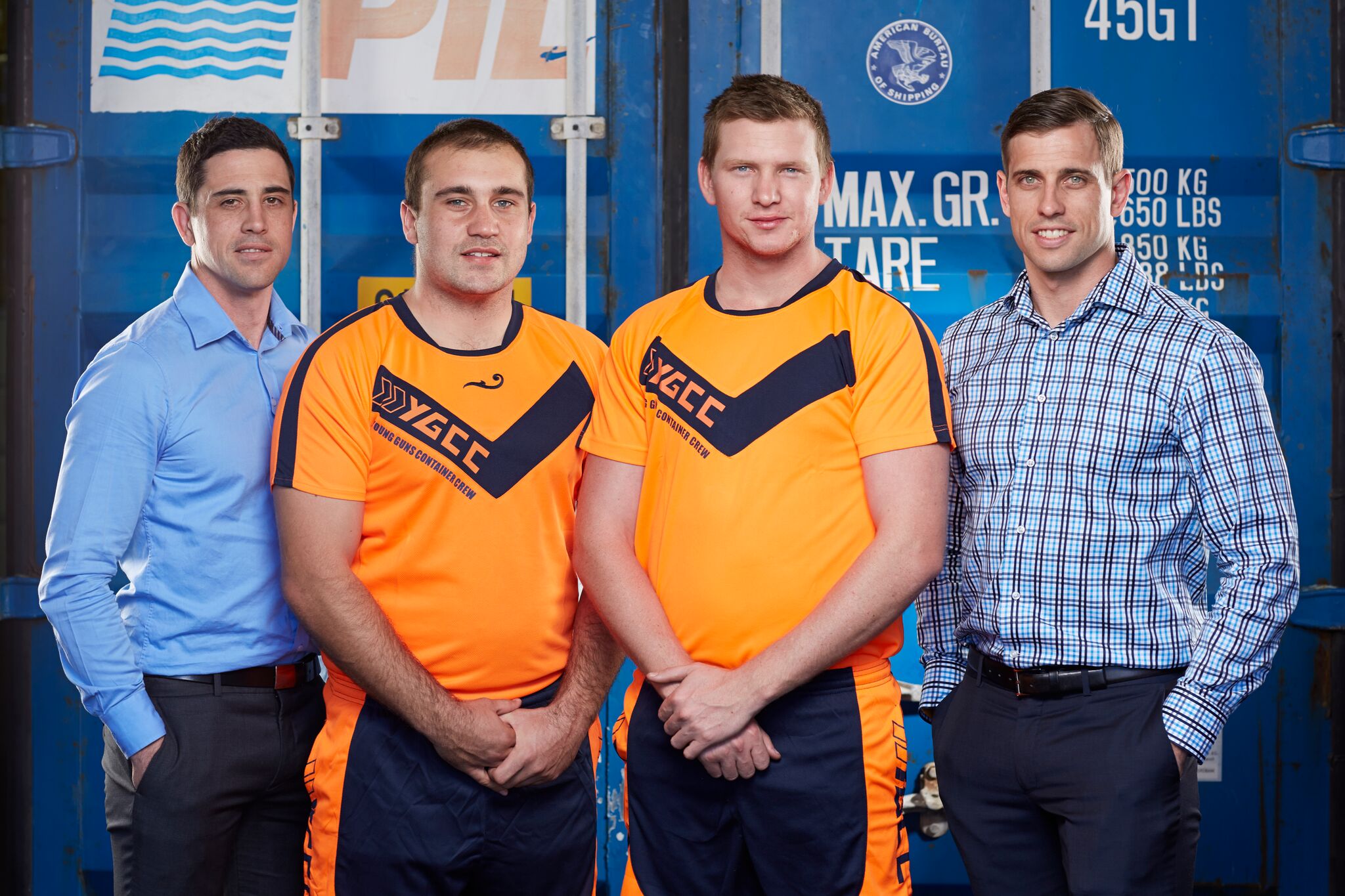 Brothers Scott and Trent Young were aspiring to careers in the cut-throat world of professional rugby league when they realised there was a “bigger opportunity” before them.

"Without this partnership we wouldn’t have the ability to distribute stock in a daily capacity..."

The brothers, who were the first to go to university in their family, were studying engineering in Toowoomba, far from the central west Queensland cattle farm where they grew up.

As well as studying, they were playing rugby league and doing casual work unpacking shipping containers.

A club sponsor who was in the furniture importing business asked the Young brothers to do a job that required them to bring in a couple of extra guys from the football club.

“Then they asked us to come back the next day,” Scott Young, co-founder and now managing director of Young Guns Container Crew, says.

“And away we went from there.

“Interestingly enough we had a lot of guys that also were in the same predicament as Trent and I, where we had come from small communities and made our way to the big smoke, into the city, and were also chasing employment.”

Fast forward 15 years and the family-owned business, Young Guns Container Crew, has grown to employ about 600 people and packs and unpacks shipping containers for some of the biggest multinationals in Australia.

As well as having offices in Sydney, Perth and Melbourne, the company has now started operations in Canada and plans on entering the United States market next year.

“We had come from small communities and made our way to the big smoke, into the city, and were also chasing employment.”

It has won a slew of awards from bodies in supply chain industry and from Supply Nation, which supports the growth and prosperity of the Indigenous business sector.

A pivotal event put Young Guns on the path to becoming the success story it is today.

“That’s when we realised that, hang on, we just walked into a bigger opportunity than our football careers at that stage. 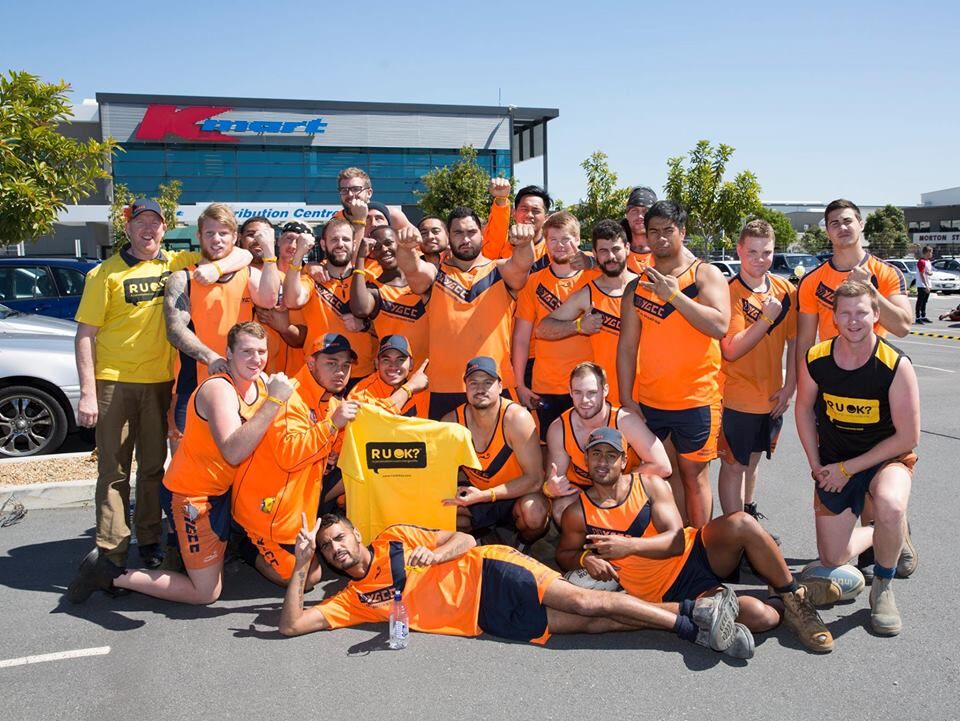 “Trent was playing for the South Sydney Rabbitohs at the time. He had a decision to make in 2006 as to whether he was going to pursue that career or come back and work in the business. He selected the latter because it was a great challenge and we both believed that this was something we could be the best in the world at.”

Kmart’s general manager inventory and supply chain, Oliver Blombery, says working with Young Guns is a great example of two Australian businesses coming together to provide a solution for a business need.

Over the last 13 years both businesses have adapted to the growth in the volume of goods being decanted from shipping containers, he says.

“Young Guns unpack every shipping container for all of the Kmart Australian distributions centres, without this partnership we wouldn’t have the ability to distribute stock in a daily capacity and across multiple shifts,” he says.

“As a business owner and an investor, you are constantly looking for more permanent revenue coming in and profitability so you can confidently reinvest into your strategy and reduce the risk of that investment.”

At the same time, smaller businesses like Young Guns are an “agile partner to these large organisations that can quickly design and implement  innovative processes or equipment or systems.”

The brothers also attribute their success to the lessons they learned growing up around farmers in rural Queensland.

“When you grow up on a farm, you’re constantly put in situations where you have to improvise and innovate a solution. I think that’s a skill that we were lucky enough to acquire from our parents which is, if you don’t know the answer, it’s just about discovery, going into discovery mode and you’ll eventually find that answer, find the solution,” Scott says.

It was a skill that stood him in good stead when it came to organising the mechanics of a fledgling business, like getting an ABN and lodging business activity statements (BAS), back in 2004.

“When you grow up on a farm, you’re constantly put in situations where you have to improvise and innovate a solution. I think that’s a skill that we were lucky enough to acquire from our parents."

Since then, the company has focussed on helping young people develop careers.

Most of the workforce are aged under 25.

“We struck a bit of a model that was doing two things – it was finding employment for young people that were coming into the city to play professional sport, and needed some work, but also we recognised there was a gap in the market we could service better,” Scott says.

The company likes to use the term “best version” to describe the professional and personal capabilities they want to develop in their team members. For the company, the benefit is a safer and more productive workforce.

To that end, the company is looking at eventually setting up an academy to teach employees to be leaders in the logistics industry.

By way of example, Scott points to the corporate universities that have been set up for companies such as McDonald’s.

“The focus is about building capability from a technical sense but also from a leadership perspective, where they deeply understand themselves. This will improve their emotional intelligence and improving their leadership qualities in both their professional and personal lives,” he says. 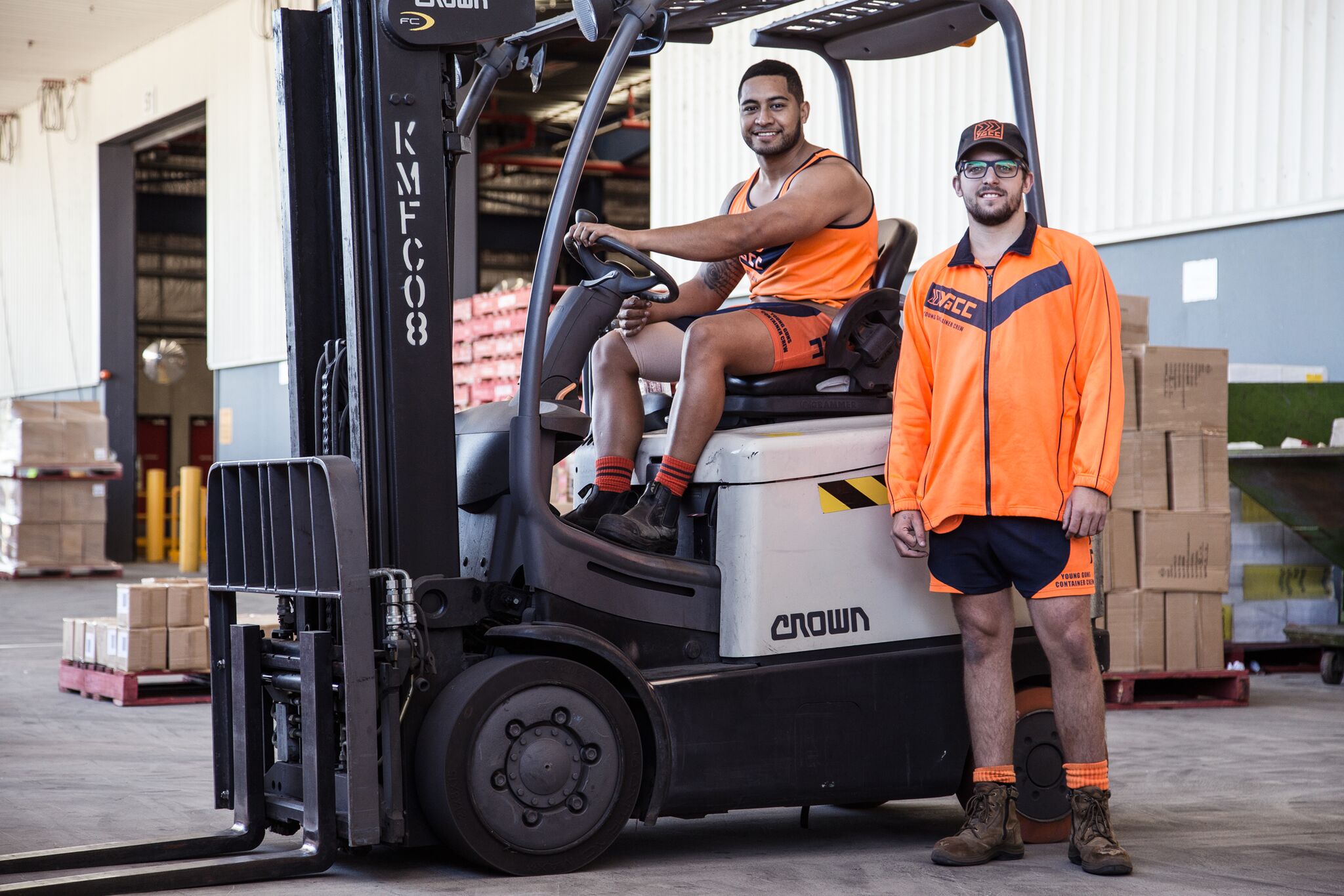 The brothers – whose ancestry is with the Koa people of central Queensland – have had involvement with organisations that provide employment for Indigenous people.

It's another way the retailer is continuing its work understanding Aboriginal and Torres Strait Islander culture and people.

“In many ways Young Guns was part of our initial education about supplier diversity, not only how we operate together in a commercial sense but also how we can work together into the future to create more opportunities for Aboriginal and Torres Strait Islander people with our workforces,” says Kate Thiedeman, Kmart Group head of community. 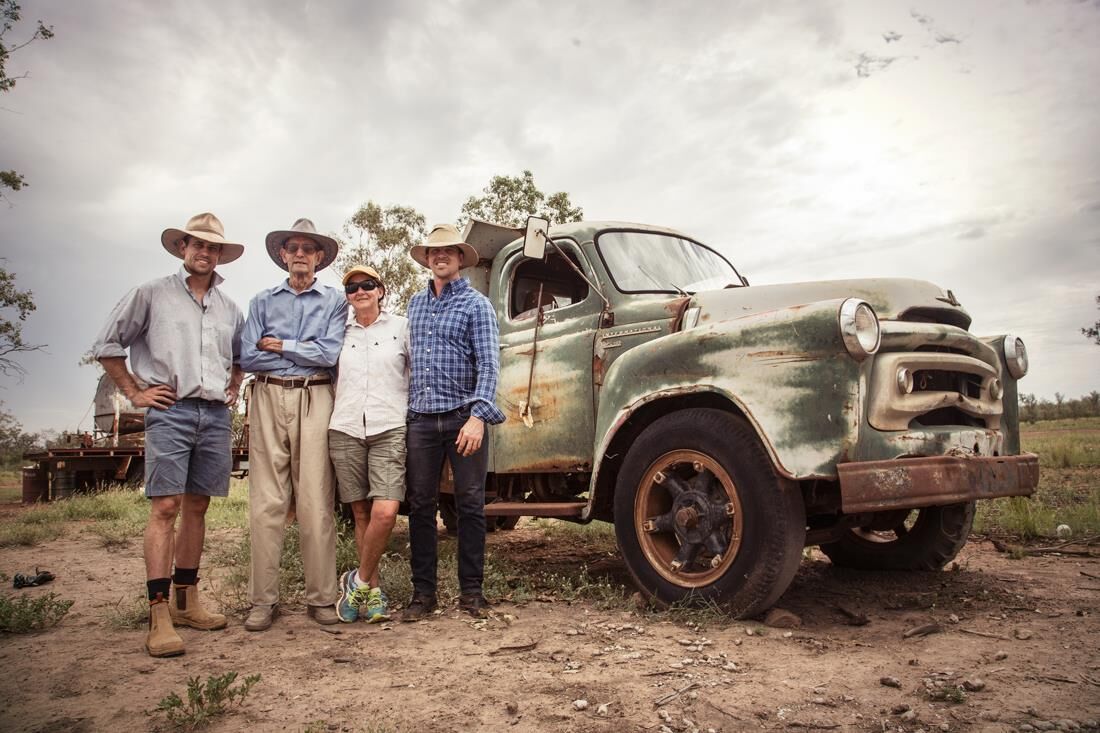 But, “it’s been quite the opposite for us,” he says.

“Trent and I have the upmost respect for each other. So much so, that we often give each other direct feedback with the intent to be better leaders. We challenge each other. And we respect that challenge is important behaviour for the business success.”