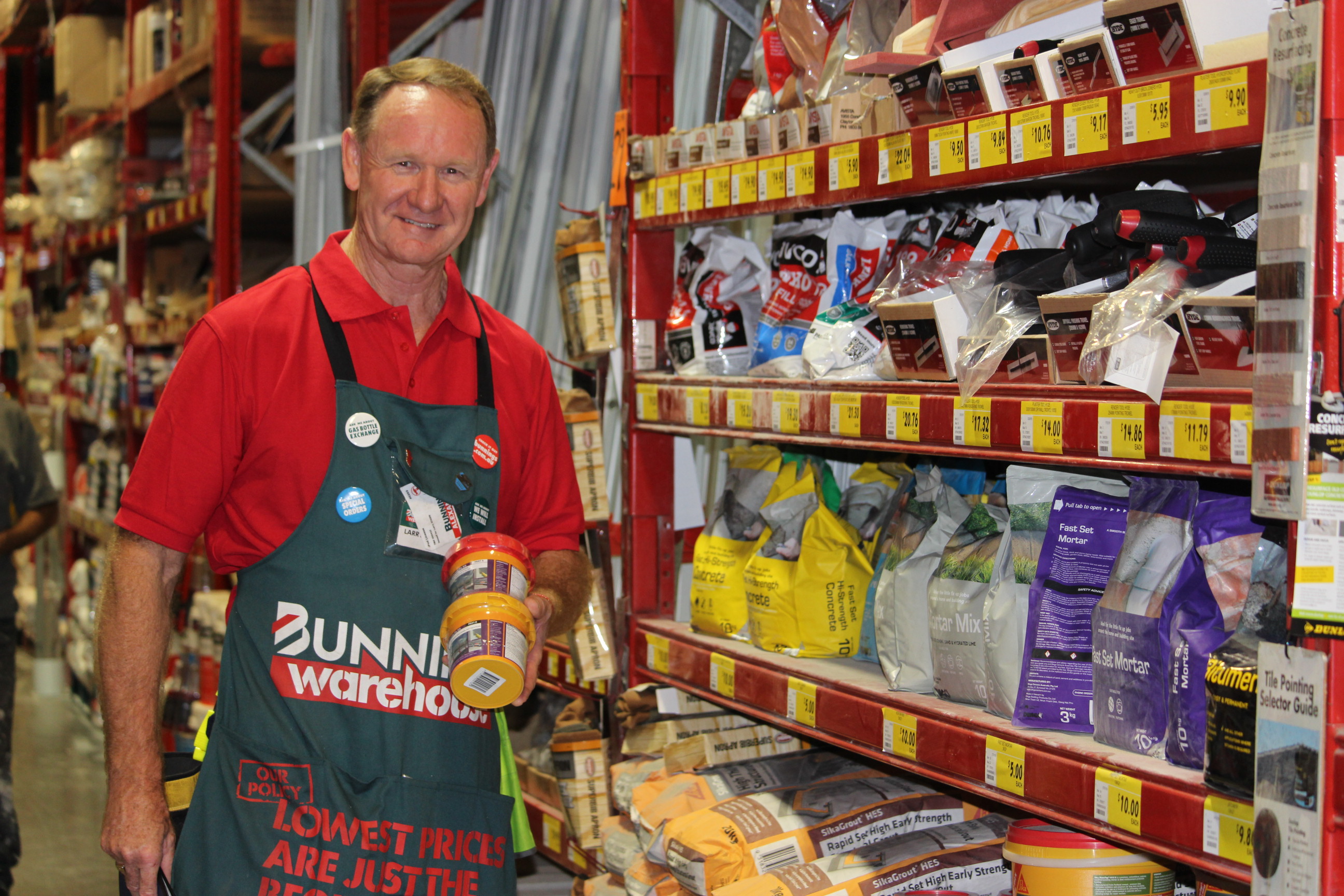 Larry Starr signed up to a job at Bunnings Warehouse in his 50s but defies the usual stereotype of the older worker staffing the floor of the hardware giant.

While Bunnings is well-known for hiring ex-tradies, Mr Starr is a different kind of career changer.

"If I had my way, I'd be working for the next 40 years...I love the thrill of challenges."

He had worked in a raft of senior business roles when he joined the biggest Bunnings in Australia, the two-level warehouse in the inner-city Sydney suburb of Alexandria.

“I love the thrill of challenges.”

The Wesfarmers-owned retailer has for some years employed large numbers of older ex-tradespeople, who may not want to be in a physically taxing job any more but can still dispense expert advice to DIY and trade customers.

Since then, the business has also recognised that having mature-age staff from other backgrounds, such as Mr Starr, brings valuable experience.

Jacqui Coombes, director New Zealand and group human resources at Bunnings, says the hardware retailer “learned a long time ago that older, more experienced team members are integral in providing the welcoming and knowledgeable customer service we offer in our stores”.

“Whilst Bunnings doesn’t target older workers, we actively welcome and value the wide range of skills and knowledge mature aged workers bring to the business and recognise the value this has in providing expert advice to our customers.” 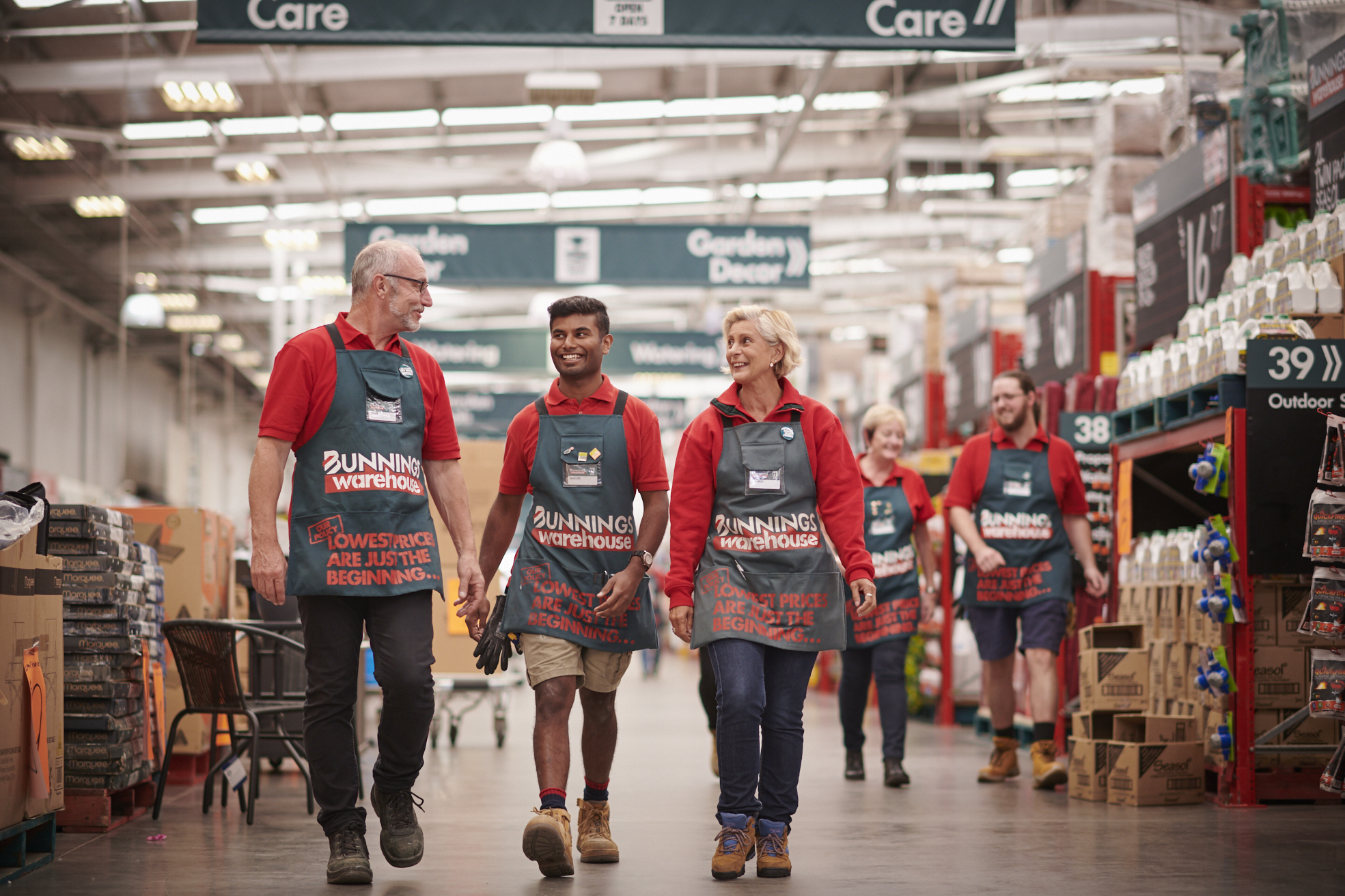 “When someone comes up to you and says, ‘Look, I’ve got no idea on what I’m doing. Can you help me?’, by all means. You’ll find the older worker will bend over backwards to make certain that that person’s happy,” he says.

"...more experienced team members are integral in providing the welcoming and knowledgeable customer service we offer in our stores."

On the other side of that, when the “very small percentage” of difficult customer comes in, Mr Starr prides himself on being able to defuse the situation.

“I make it known to the team members, give me a call, I’m happy to go down there and help things along,” he says.

To Mr Starr’s mind, their ability to tackle challenges head-on is one of the advantages of having older workers on the floor.

“To a lot of the older workers, when you come to a difficult situation, they can often find a resolution because it’s second nature. It’s built into them. They’re conditioned. That’s one of the major benefits the older worker brings to Bunnings.”

Mr Starr started with Bunnings three years ago. He had years of business experience, including in managing director and sales and marketing roles, but had started to find this didn’t open doors with employers who viewed him as “too old, too experienced and too expensive”.

But at Bunnings, Mr Starr has fit in perfectly.

Wearing the iconic dark green Bunnings apron and red shirt, his working days are spent on the floor in the building area, where his duties can range from the inspection of pallets to putting away stock in the timber yard and dealing with customer inquiries.

He has also done a stint as a dock supervisor at the loading dock.

At Bunnings, he says, it’s clear that older workers have a wealth of experience and expertise and are “happy to work”.

“Some out of necessity, some just want the interaction,” he says.

“There’s nothing worse than just being pushed off into the scrap heap and told, ‘You’re too old. You’re too experienced’.” 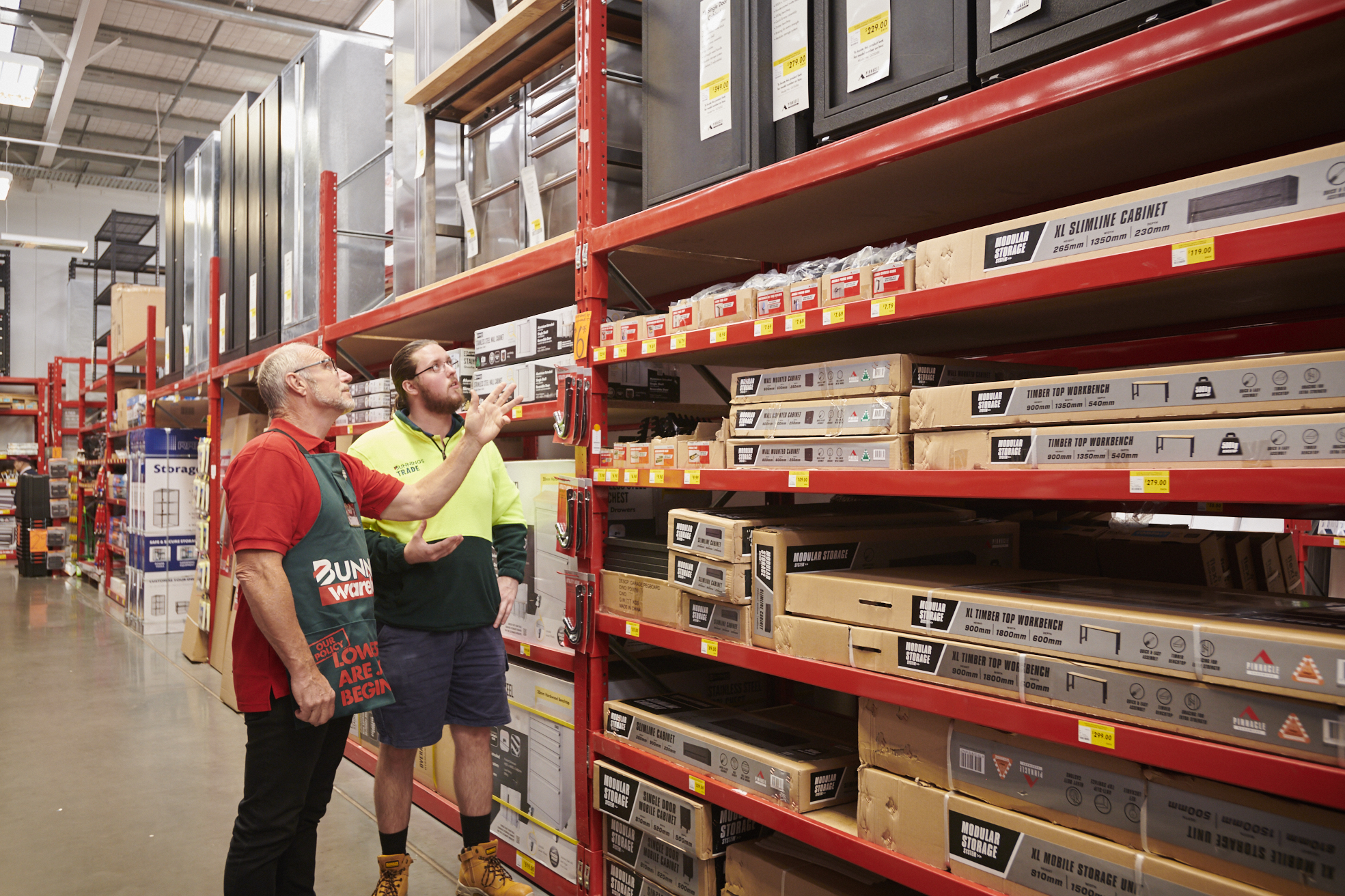 Mr Starr had many years in the chemicals and petroleum sector and still taps the experience from that in his new career.

“Within Bunnings, I don’t do what I used to do, I draw on those experiences and that expertise from time to time.”

When recruiting, Bunnings looks for people with a passion for service and a great attitude who can reflect their local community.

Mr Starr’s experiences are borne out by research that has found that encouraging older workers to stay in the workforce longer would boost the economy.

A 2018 report by PwC estimated that Australia could increase its long-run GDP by $US99 billion if it increased the employment rate of those aged over 55 to match New Zealand levels. In New Zealand, 78 per cent of 55 to 64 year olds are employed. The study by PwC of 35 OECD countries for its “Golden Age Index” ranked Australia at number 17 when it came to the prospects of older workers.

Across advanced economies, more people aged 55 and over are working, a trend that has been taking place since the mid-2000s, according to research by the Reserve Bank of Australia.

Australia is typical in this way. The reasons are many.

Workplace culture has changed to support keeping older workers in the workforce.

"I want to be self-sufficient, I enjoy working. I enjoy being part of the workforce."

As well, many are saving more for better living standards when they do retire, especially as people live longer and as the qualifying age for the age pension gradually increases.

For Mr Starr, the decision to keep working is a simple one. “I want to be self-sufficient,” he says. “I enjoy working. I enjoy being part of the workforce.”

Having had the conversation with other colleagues, he believes many feel the same way. “They want to know that not only are they wanted, but they feel wanted. They feel part of what's happening and they're contributing. There are aspects that I think are very underestimated by a lot of businesses.”

The workforce at Bunnings goes across several generations.

It can be good for both the younger and the older worker.

Like it was for the engineering student who was working at Bunnings but not getting interviews for jobs in the field he was studying. Mr Starr asked the student to tell him what was in his resume. “Then I told him just how he could go about it, to be more effective in having an opportunity to present himself,” he says. “he left and he ended up getting the job in engineering. So, I was pleased.”

“Our team spans generations (from 15 to 80), which provides fantastic learning and mentoring opportunities for everyone,” she says.

“One of the most important and valuable aspects is that our older team who have often worked elsewhere, become mentors for our younger team and this creates a genuine blend of experience. This is a win for customers and all of our team, regardless of age.”