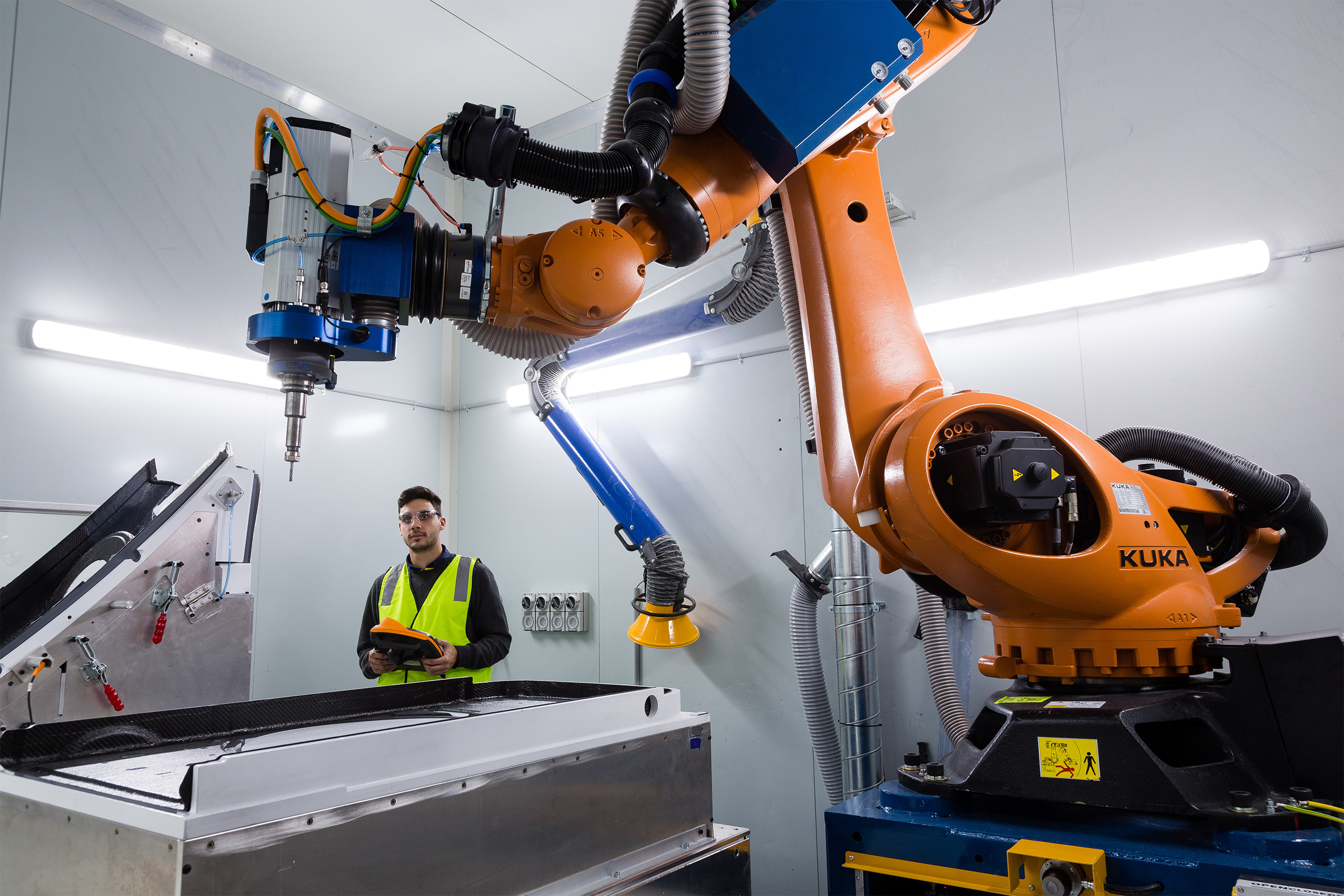 “We have plans to expand the site,” Mr Burgess said.

“I’m confident that over the next 12 to 24 months, we will add a good number of employees. We’ve got some really significant ambitions for the business.” Mark Burgess, CEO, Quickstep

Following the departure of Ford, Geelong’s manufacturing sector is transitioning towards advanced manufacturing in new speciality areas such as carbon fibre.

Quickstep staff at the Waurn Ponds site did the design work for new advanced processes and technologies that will help increase the involvement of home-grown businesses in supplying the F-35 Lightning II Joint Strike Fighter program.

A new $7 million facility, located at Quickstep’s site at Sydney’s Bankstown Airport, is entering final commissioning for the production of housings for F-35 flares.

Flares are released by the aircraft as a decoy to protect it from heat-seeking missile strike.

From November, the first units will be supplied to pyrotechnic and countermeasures company Chemring, which is based in the north-east Geelong town of Lara and makes the flares.

Mr Burgess said the value of that facility was “significant” and “it’s been generated predominantly out of the team in the Ponds”. 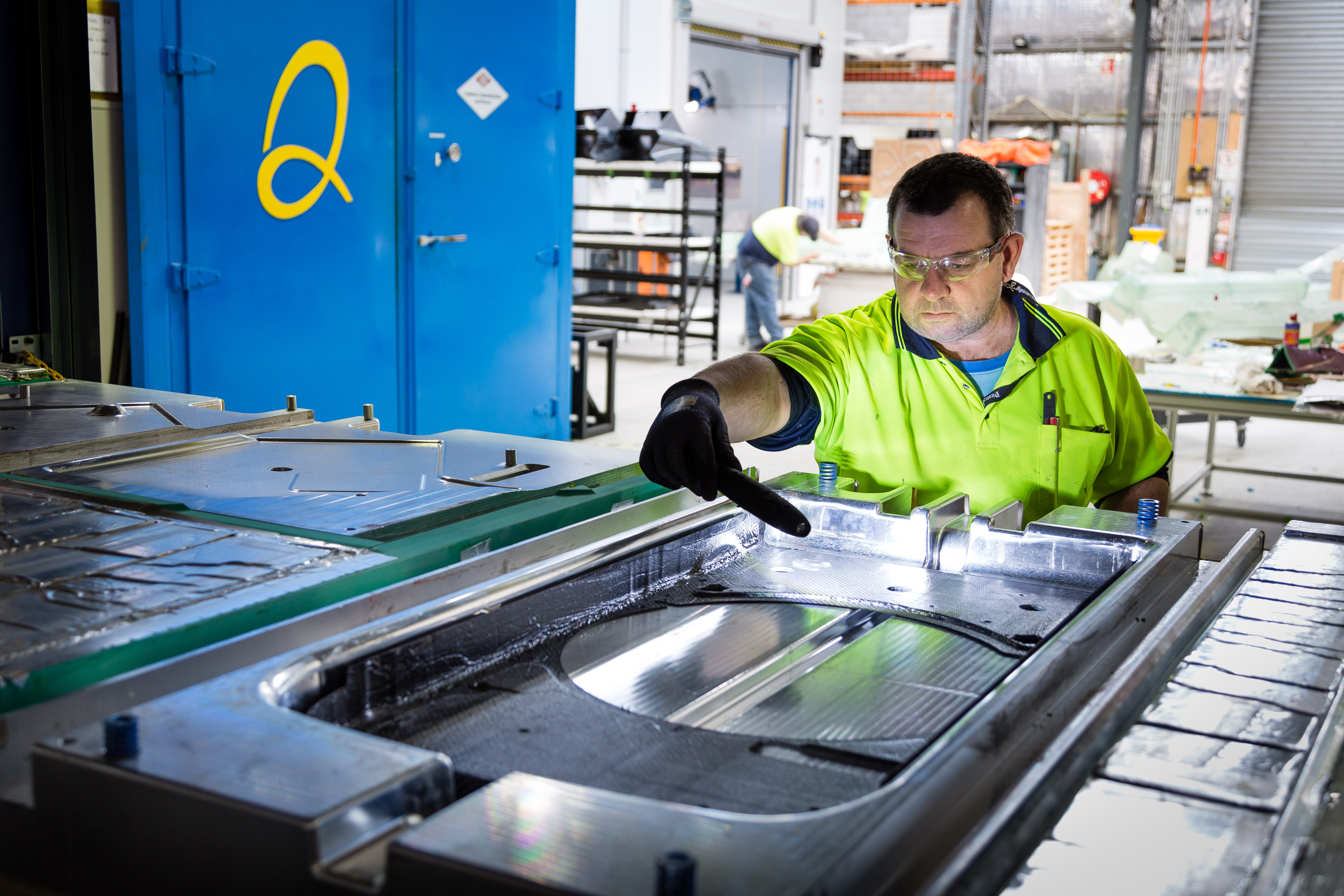 Business Council of Australia chief executive Jennifer Westacott said that advanced manufacturing is critical to growth and productivity for all Australians.

“The nation is well-placed because of its high-skilled workforce and political and economic stability,” Ms Westacott said.

“But we need to address the challenges of high production costs and complex regulatory frameworks.” Jennifer Westacott, CEO, Business Council of Australia

Mr Burgess said the Advanced Fibre Cluster Geelong – a group of innovative local companies including Quickstep – could put the region at the cutting edge of advanced manufacturing.

“In our industry a lot of the best technological development comes out of those kinds of clusters in the northwest of England, southwest of England, the Ruhr Valley in Germany, and around Madrid,” Mr Burgess said.

“In most countries in the world you get that clustering effect and it drives an awful lot of development within the industry. And Geelong is about the closest we’ve gotten to it. We’re really keen to see that develop and grow.”

Mr Burgess said he would like to see the Geelong cluster promoted at a national level to “avoid any unnecessary duplication” of clusters and to send the message, “this is a nationally-meaningful capability and globally relevant”. 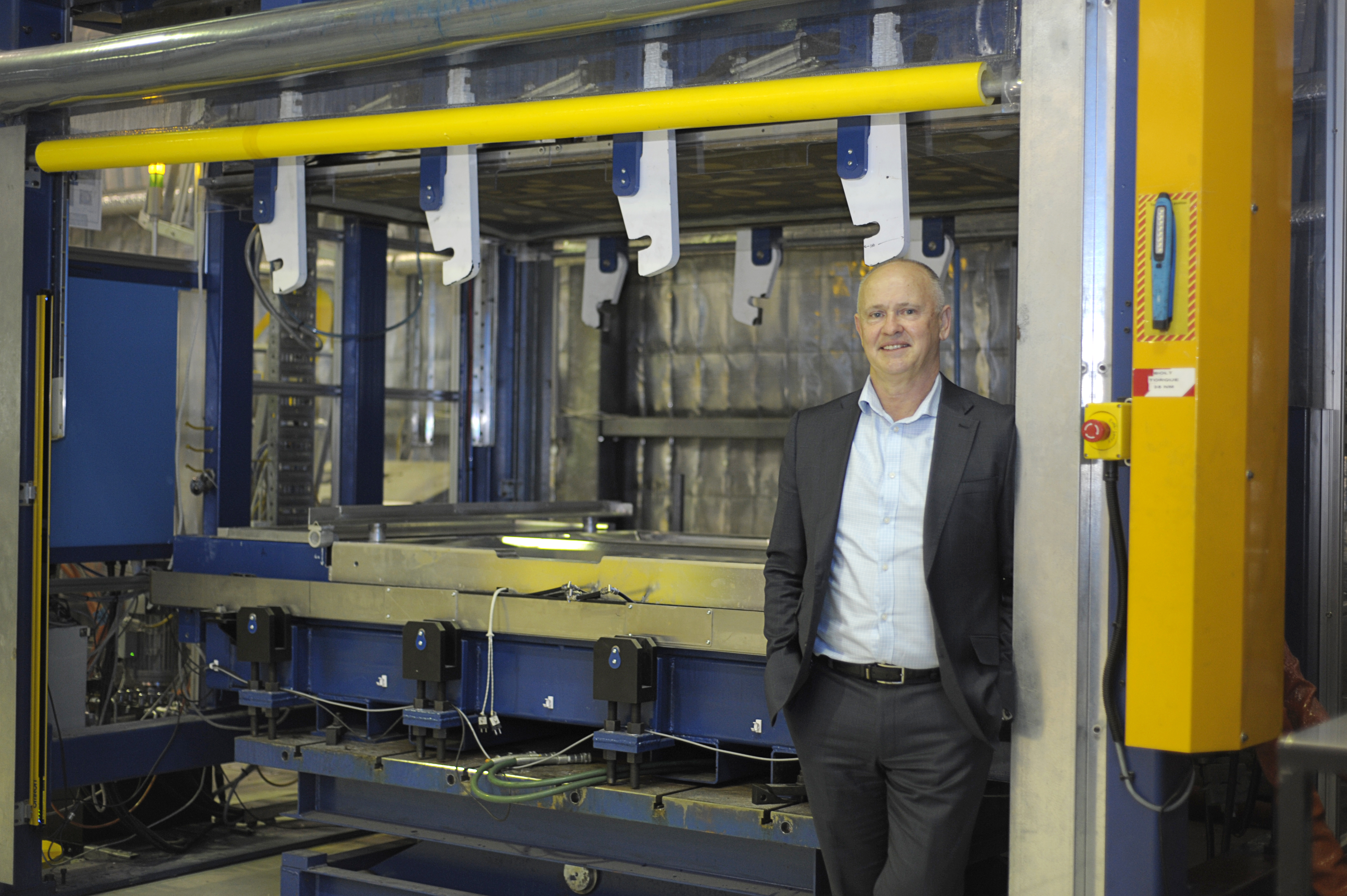 Quickstep makes parts for the F-35, as well as wing flaps for the C-130 military transport aircraft. It has also made parts for Boeing Defence on its F/A-18 Super Hornet and F-15. Across Australia, Boeing employs more than 3,500 people. In 2016, according to an economic impact report prepared by Oxford Economics, Boeing’s activities supported 9,300 direct and indirect jobs. Boeing has more than 1500 suppliers located across Australia, of which 50 per cent are small and medium-sized enterprises.

Mr Burgess said he wants to grow in the commercial aerospace and advanced industry sectors.

At the Geelong site, Quickstep has started manufacturing carbon fibre parts for a portable super-lightweight X-ray machine being developed by South Australia’s Micro-X. It is also producing a carbon fibre ramp for wheelchair access to trains for Victoria’s Lockelec Innovation, which in turn supplies rail operators. The company has 11 staff, predominantly engineers, in its R&D and technology centre at Geelong and is currently recruiting another engineer.

Release of The Asia Taskforce interim report: A second chance

Corporate task force releases interim report on what business needs to do to boost trade and investment in Asia The Business Council of Australia and Asia Society Australia’s Asia Taskforce...

This is the Business Council of Australia’s submission to the Department of Industry, Science, Energy and Resources on the Exposure Draft of the Payment Times Reporting Rules. The Rules are...

This is the Business Council’s submission to the Parliamentary Joint Committee on Corporations and Financial Services on litigation funding and the regulation of the class action industry. The Committee has...