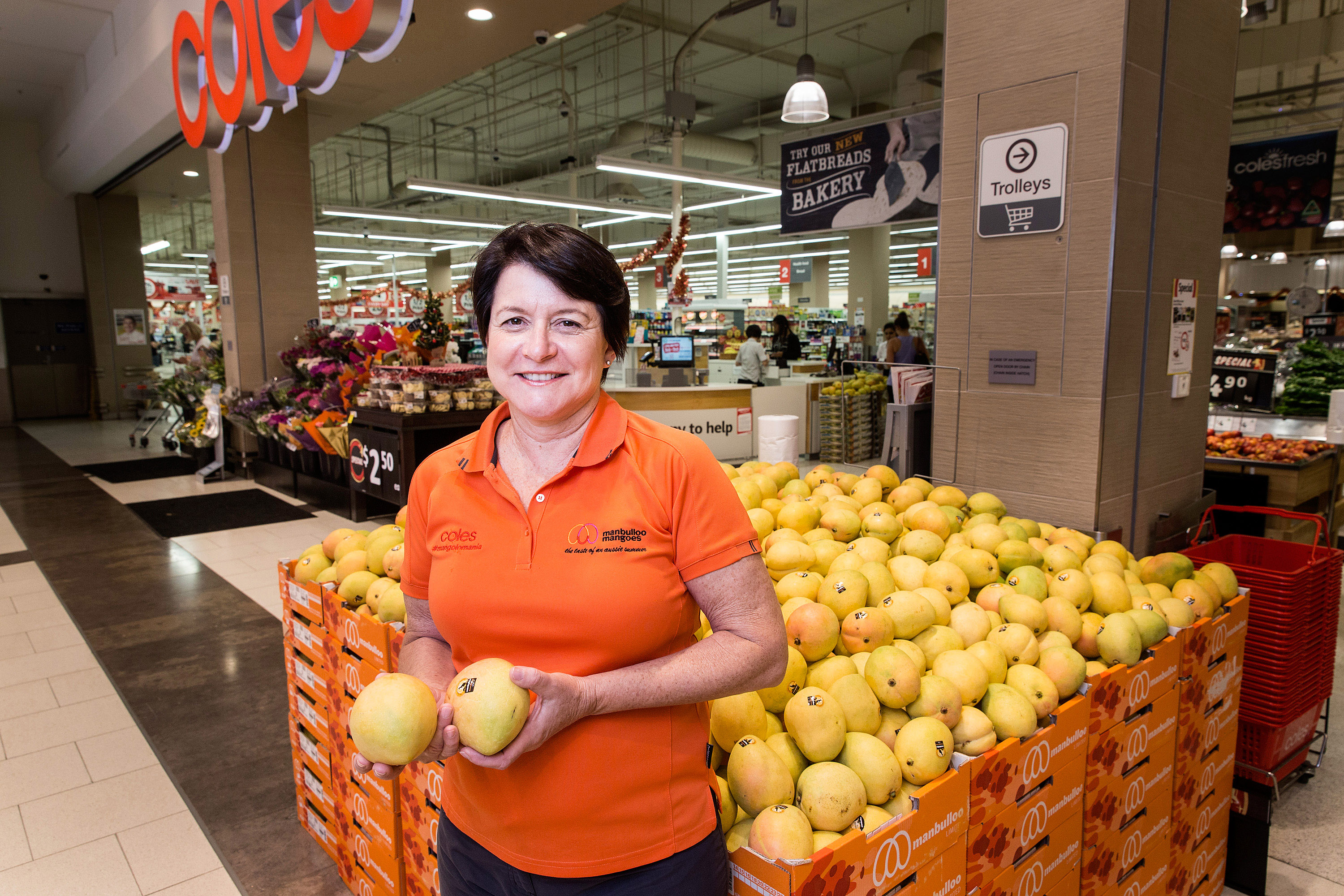 When Coles named one of its miniature collectables after Marie Piccone, the supermarket giant was celebrating a mango producer whose innovation has breathed new life into an iconic brand of the sweet, fragrant fruit.

Ms Piccone was part of the national launch of the collectibles that represent Coles producers, which includes “Marie the Mango”.  Inspired by Ms Piccone’s mango grower Manbulloo, it joined characters like the glowing “Carlo the Cucumber”, inspired by supplier Carlo Pippo from Fresh at Heart.

The accolade was a perfect symbol of a 10-year relationship that has allowed Coles to deliver tasty premium Kensington Pride mangoes to consumers. It has also helped the Northern Territory and Queensland company to more than double the farms it owns and create more local jobs.

“We recognise that the hard work and commitment of growers enable us to stock some of the best quality Australian food for our customers.  It’s this quality that allows us to source 96 per cent of our fruit and veg from Australia.”

“We can’t do anything alone,” says Ms Piccone on the success story behind Australia’s largest grower of the Kensington Pride and R2E2 mango varieties.

There was a time when mangoes were a luxury treat that Australians only enjoyed on trips to Queensland. These days they can be purchased across the nation.

“The retail sector has done research and identified that mangoes are actually a destination product, which means if a store has good mangoes, people will actually keep going back to that store to get their mangoes,” she says.

The expansion of the industry across northern Australia has also meant the season could become longer - starting in September when the harvest starts in the Northern Territory and Western Australia. That means more Australians than ever are piling the fruit into their shopping trolleys. 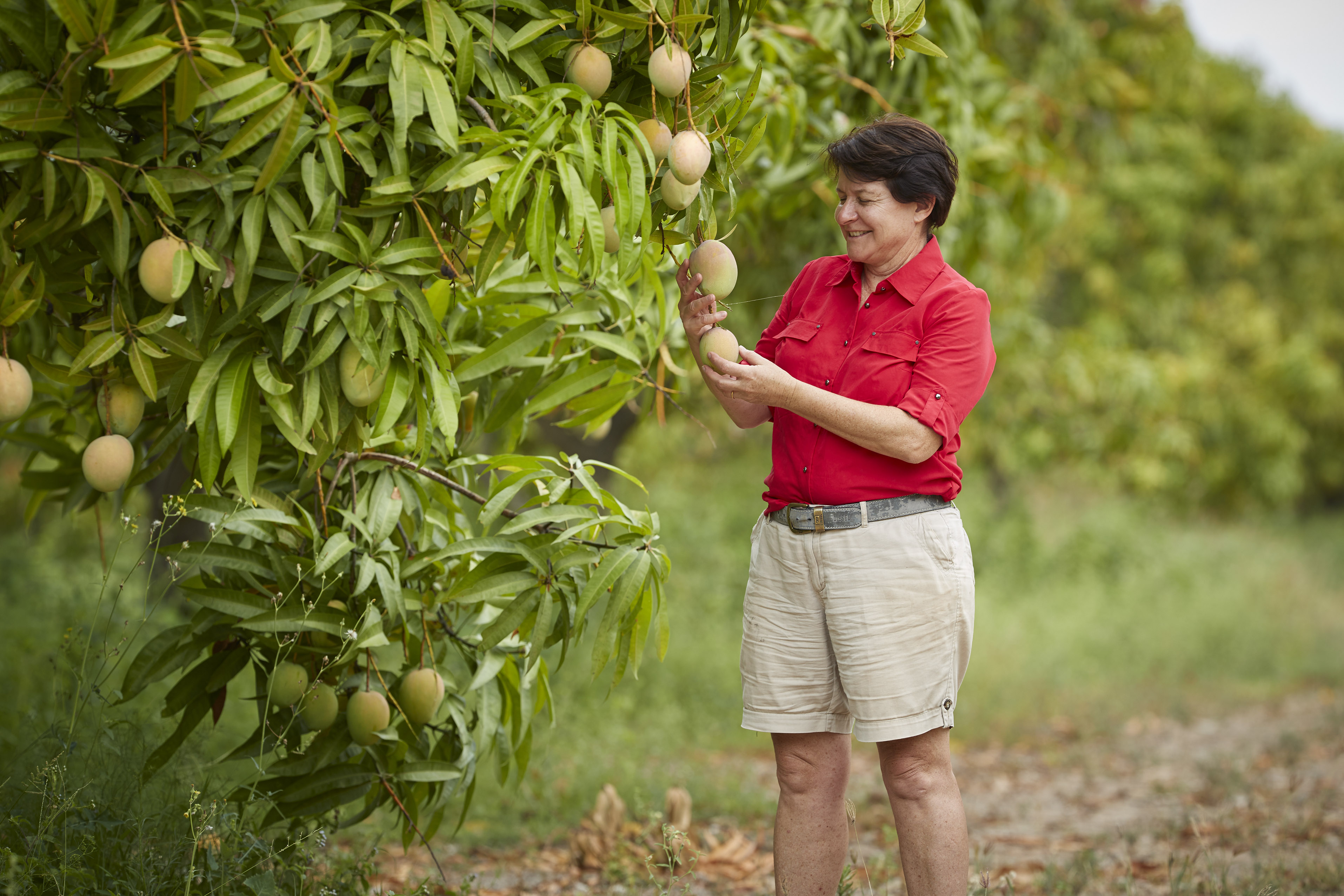 “We recognise that the hard work and commitment of growers enable us to stock some of the best quality Australian food for our customers.  It’s this quality that allows us to source 96 per cent of our fruit and veg from Australia,” said Coles General Manager of Produce, Brad Gorman. Coles names Manbulloo its Supplier of the Year in 2015.

“As a big business, we know we can play an important role, which is why we strive to build strong, collaborative partnerships with our suppliers, like Marie and Manbulloo Mangoes, to enable them to plan for the future.”

Ms Piccone has built the business on the back of surging demand. She signed the lease on three run-down plantations in the Northern Territory in 2005, which had the name Manbulloo.

“The property that I purchased, I had a strong belief that they had a lot of potential. They were in a run-down state when we purchased them, and I just knew there was an opportunity in Australia to recreate the iconic Manbulloo brand,” she says.

“I knew there was an opportunity and I also knew that Kensington Pride, which is a major part of our planting, is the mango variety that both in Australia and globally, everyone just loves the flavour, loves the eating experience.”

Since then, she’s confronted the difficulties of operating in isolated areas, the potential for heatwaves and extreme rains, and the need to get a workforce who will come to a remote location.  She has also had to build a supply chain that could deliver fresh produce to customers who are often a long way away.

“There’s two key things we did,” she says. “We decided to form a strong relationship with a major retail partner here in Australia and we decided to start our own export company, we took control of our own supply chain.”

Manbulloo has significantly invested in the original farms to rejuvenate them so they produce a quality fruit and bought farms in Far North Queensland, including near  Cairns.  Coles has been an invaluable partner.

A few years back, when some of Manbulloo’s plans for transporting fruit from the Katherine farm during the mango harvest fell through. Coles managed to send in trucks to pick up fruit.

“We’ve hopefully contributed to their business by stimulating sales and providing long lines of good quality fruit and providing a knowledge base about some things,” she says.

“And they’ve contributed to us by supporting us hugely, being very fair in their dealings with us and involving us in the whole retail strategy,” she says.

Manbulloo in 2016 announced a new deal to supply more than 50 million mangoes over eight years to Coles.

A recipient of support from the Coles Nurture Fund, which encourage growth and innovation among small business the producer has planted an extra 20,000 trees in recent years at the Katherine, which has supported an extra 60 jobs. 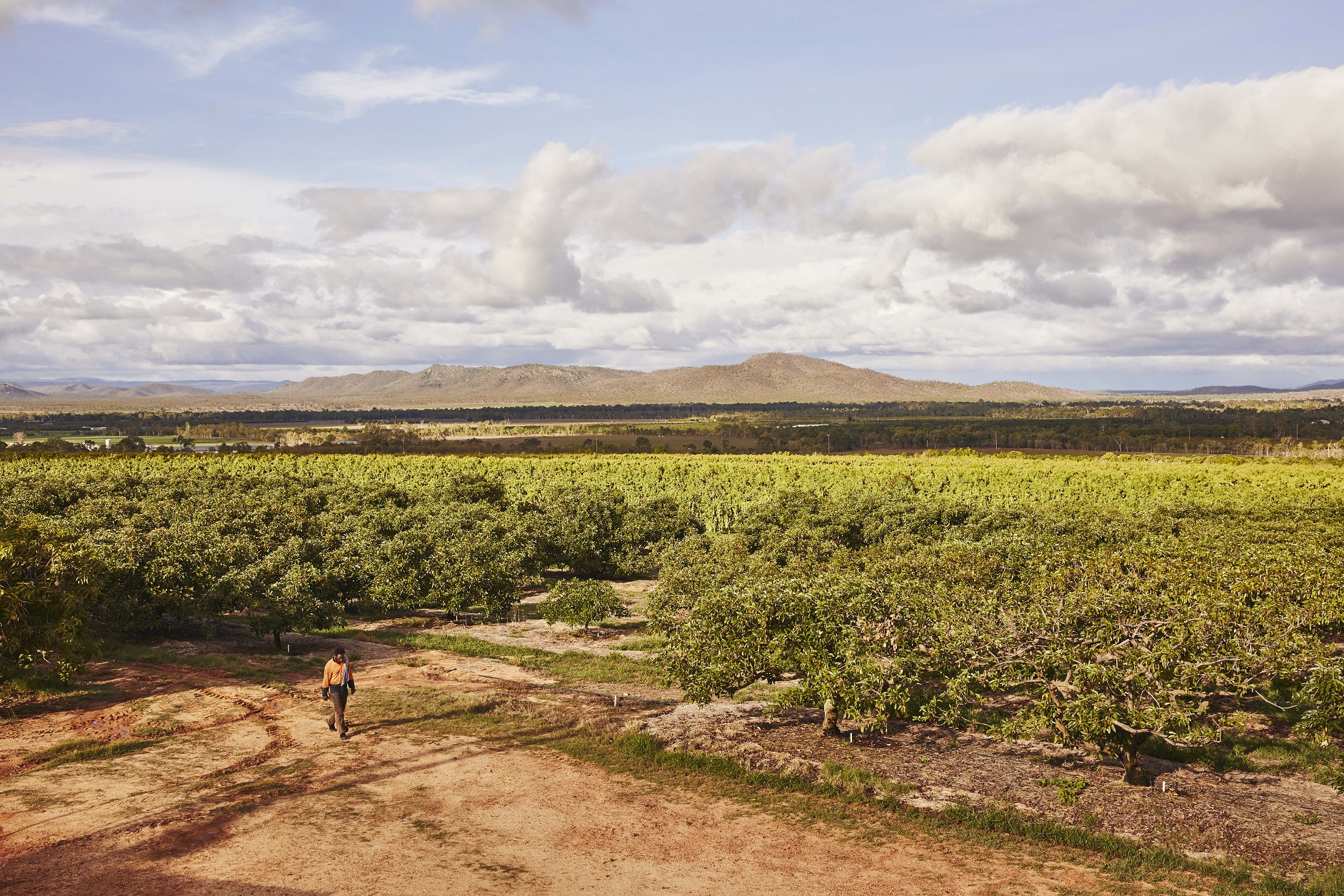 “The Coles Nurture Fund allows us to work directly with small-to-medium businesses and support their growth and development. Marie and her business are a perfect example of Coles’ commitment to supporting farmers and food producers to drive differentiation, extend seasons, improve productivity, and reduce imports,” Mr Gorman said.

At the same time, lower tariffs through free trade agreements with China and Korea have helped Manbulloo tap into a growing love among Asian consumers for premium Australian mangoes, particularly the blush-coloured R2E2 variety.  Manbulloo now exports about 10 per cent of their harvest to China, Korea, Japan and North America.

Ms Piccone takes pride in being a disruptor by trying to find a better way to do things.

Manbulloo is part of commercial trials of new methods that would allow producers to double their productivity per hectare each year. They are collaborating with another big mango grower, BJM Enterprises, the Australian Mango Industry Association, and Queensland’s Department of Agriculture and Fisheries. It also has funding from Cooperative Research Centre for Developing Northern Australia.

It is also involved in a pilot to reduce food waste and spoilage. Sensors are attached to fruit trays and pallets as they leave the farm, providing real-time information on factors such as temperature that influence the quality of the fruit by the time it gets to the consumer.

“The leading fruit producers, such as Manbulloo Mangoes, are very focussed on the end consumers eating experience, and information about the fruit and its journey help to refine the process to get a higher level of consistency and availability for the consumer,” said Andrew Grant, who is co-founder of Manbulloo innovation partner Trust Provenance Grant.

“Who doesn’t want to eat safe, clean and green produce”.