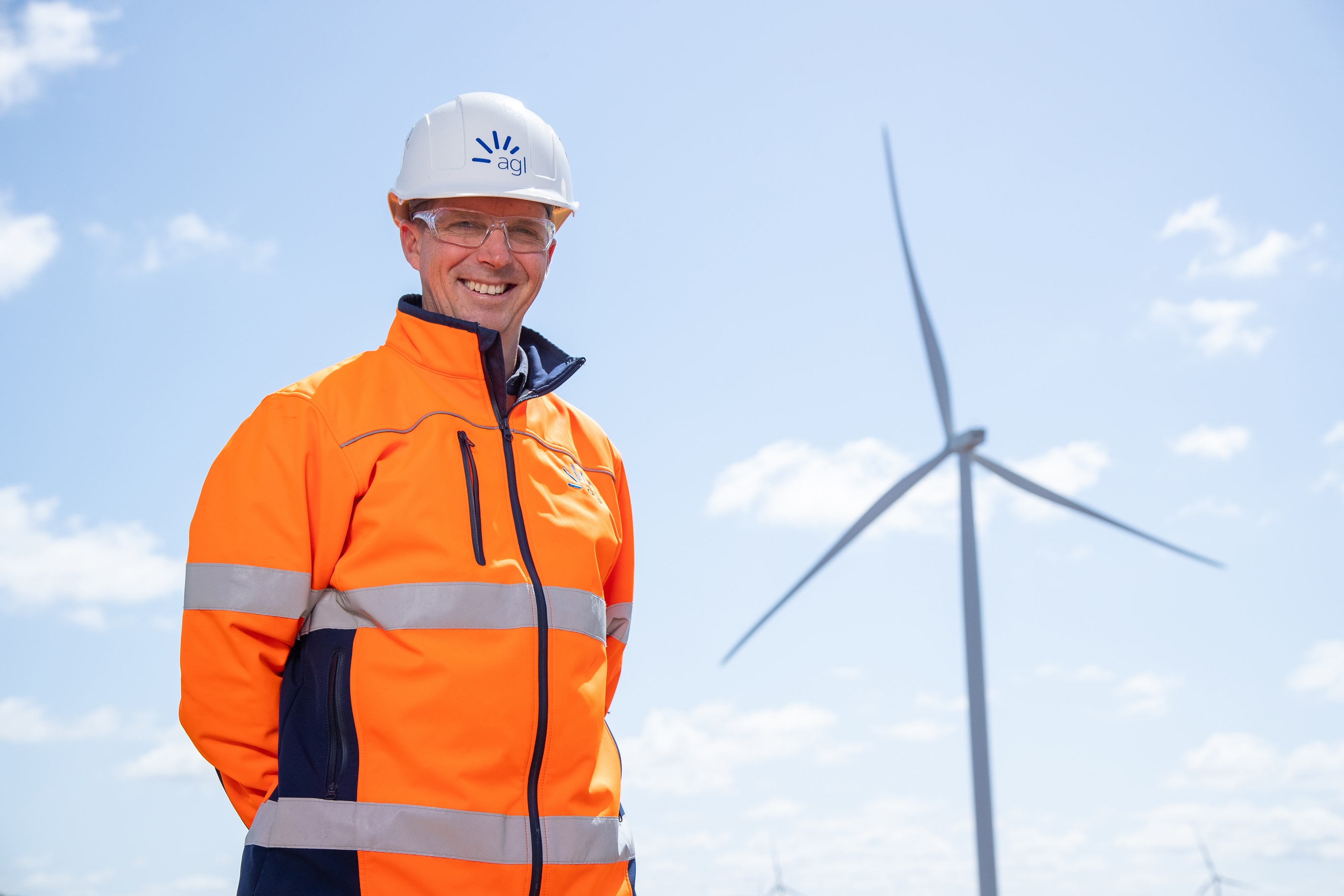 It wasn’t just the strong and predictable wind that made Coopers Gap an ideal place for AGL and General Electric to build the Coopers Gap Wind Farm.

The Coopers Gap site, about an hour and a half’s drive northwest of Toowoomba, is ideally situated on the interconnector between Queensland and NSW. In fact, the power line runs through the middle of the wind farm, allowing for easy connection to the National Energy Grid. 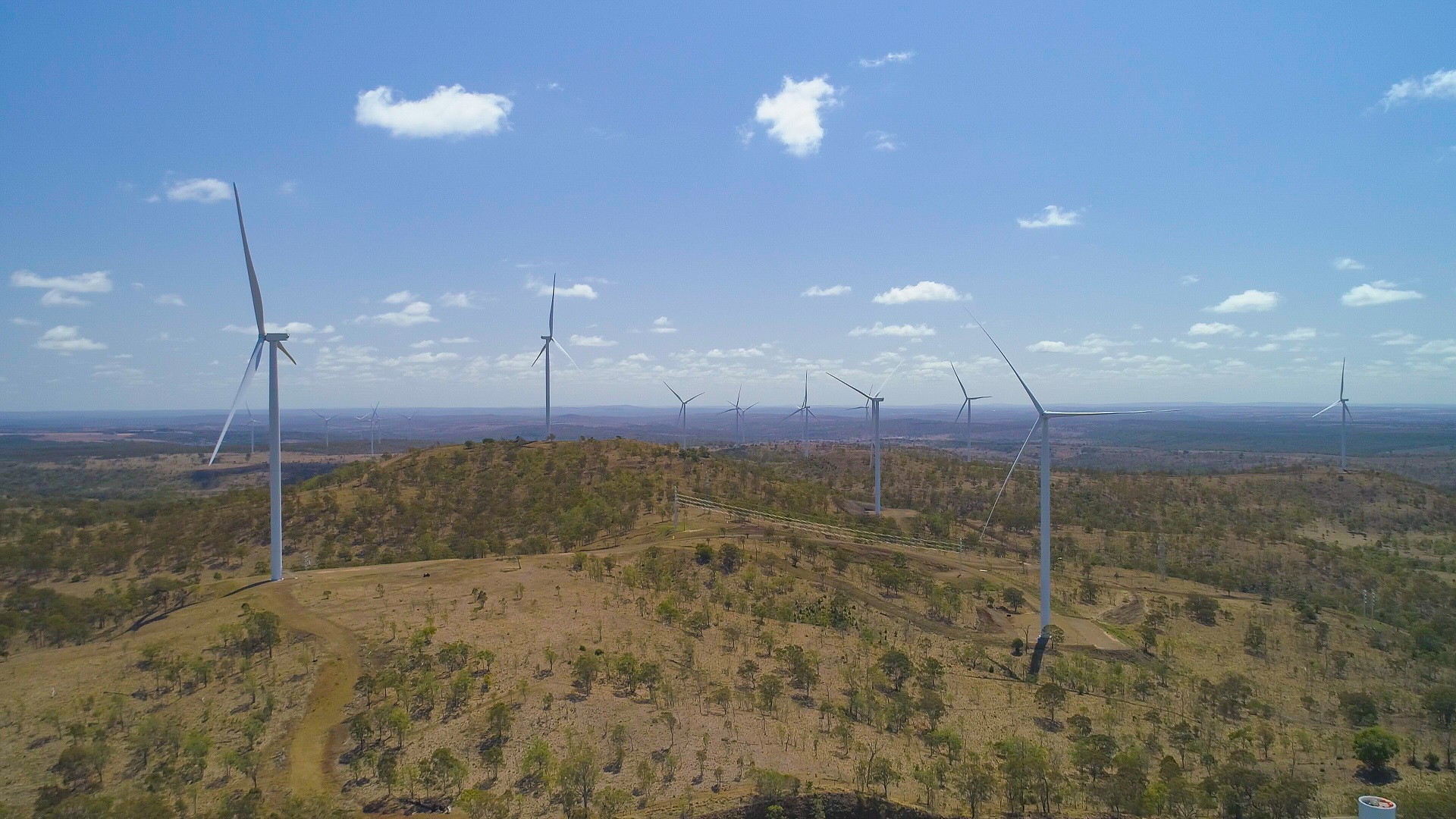 Additionally, said Johnson, the Toowoomba area has a large population of skilled workers, thanks in part to the coal seam gas industry in the area, which has helped to build local skills and capability in the civil engineering work needed for a major project like a wind farm.

“Not everything is directly applicable, but probably 60 percent of it is, so in the Darling Downs there is a lot of local labour available,” he said.

“It’s actually a pretty good place to be sourcing those sorts of local trades labour.”

There is also the lure to work on a project which will be one of Australia’s largest wind farms. “It’s not hard to get people to want to go and work on the biggest and the best,” Johnson said.

When finished in March next year, the Coopers Gap Wind Farm’s 123 turbines – each with a blade diameter of 130 metres – will stretch across about 10,000 hectares of land and produce 453 megawatts of electricity, enough power for more than a quarter of a million homes.

For the dozen farmers whose land the wind farm sits on, the project means rents of $100,000 to $200,000 a year – valuable income at any time but especially in drought years.

Other locals benefitted, with 200 workers and many local businesses taking part in the project. 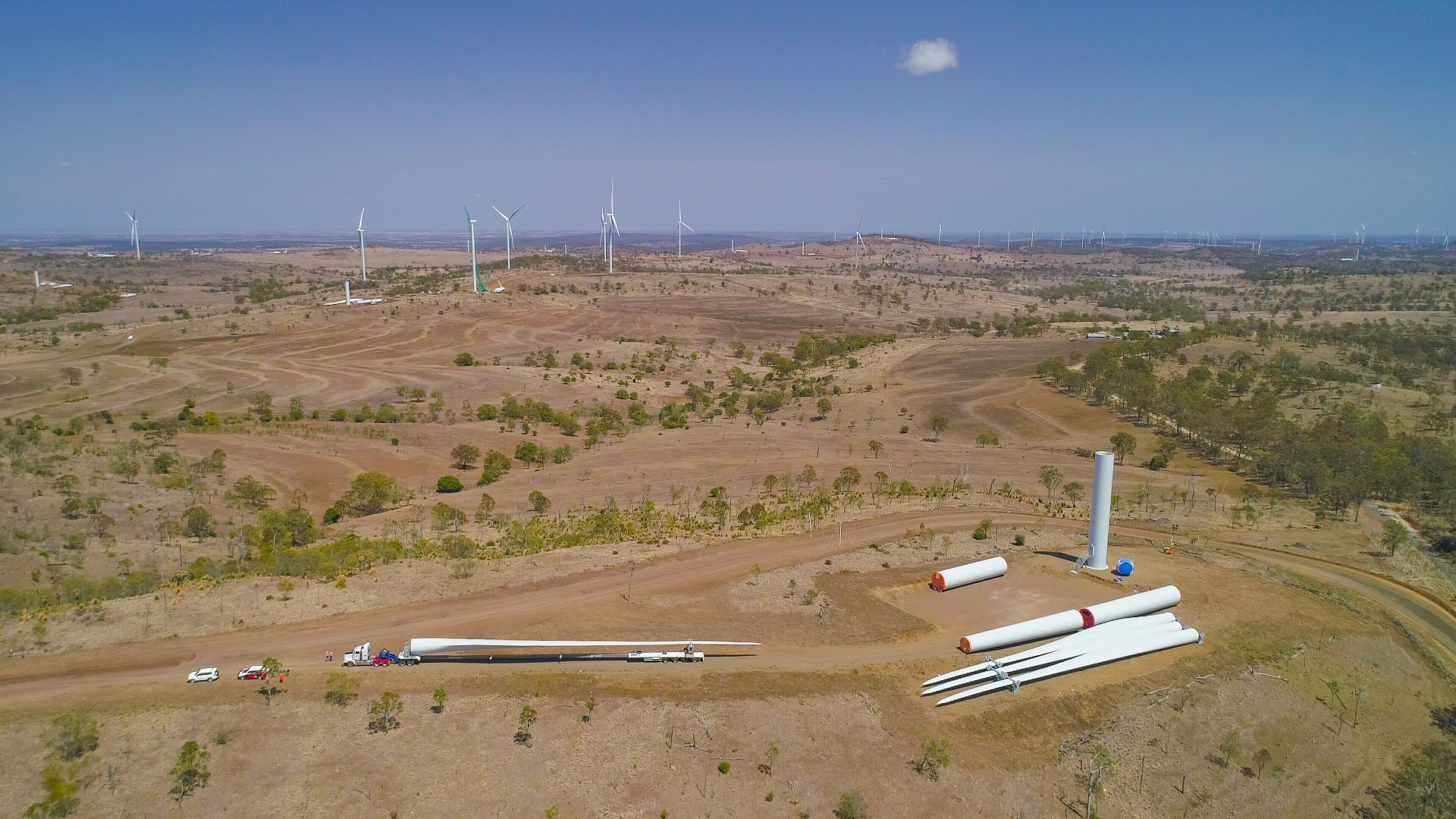 “We have to the maximum extent possible, employed not only locals but contracted the local businesses for things like quarrying materials, trucking, water cartage – any of those typical contracting business that would supply to a construction site,” said Johnson.

Even when the project is completed next year, it will provide 20 ongoing operation jobs in maintenance and engineering, the sorts of roles that can often be hard to find in regional areas.

Johnson said the large amount of local employment meant the project had the support not only of the local community but also the Queensland government, which he said sets an example for other Australian governments in its willingness to back infrastructure projects.

Sam Maresh, country leader of GE Australia, which supplied and installed the wind turbines, paid tribute to the local businesses, which not only provided the labour but also much of the expertise to turn the wind farm into a reality.

“These things don't happen by themselves. An enormous amount of work and engineering expertise and contribution goes into them,” he said. “In many respects the wind blades and the kit is the simple part of the equation to a degree. We've got great technology, it's the actual execution of that, and that's where a real skill and being able to kind of draw on local capabilities is an important part of that story.”

One key challenge was bringing the 369 wind blades – three for each turbine – from Brisbane to the site. Each of the 70 metre blades had to be transported individually via huge trucks, with the difficulty of the logistical exercise compounded by the work upgrade to the Logan Expressway.