Moving to Sydney's west to tap into opportunities 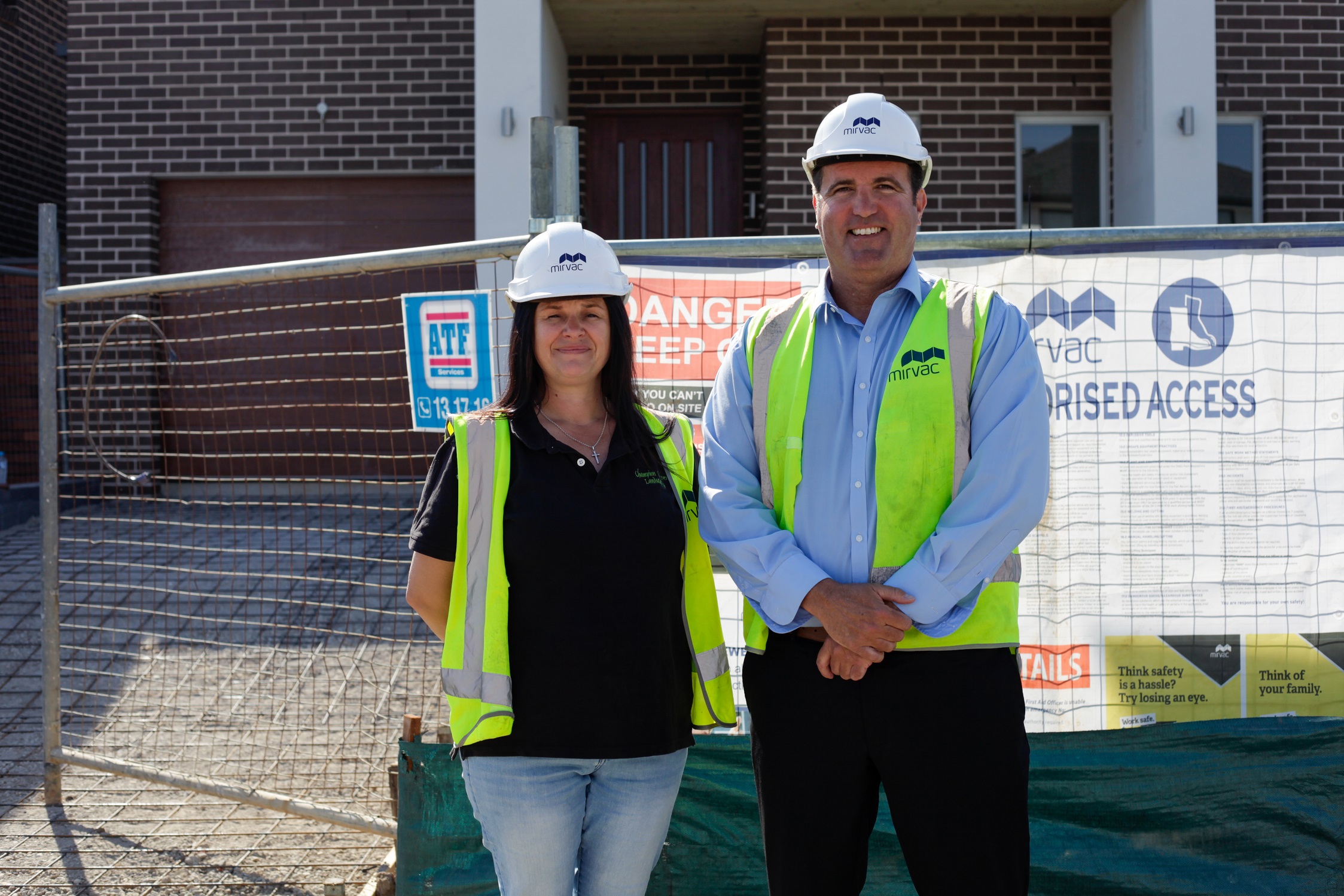 Six or seven years ago Tania Day saw a strong business opportunity to move her and her husband’s landscaping business from the Eastern Suburbs to Western Sydney.

While the Eastern Suburbs is one of Sydney’s most affluent areas, Day said she thought the huge population growth and infrastructure building planned west of the CBD would help grow their Champion Choppers business.

“What I realised was that the growth of population out in the Southwest, the growth of new builds, the introduction of so many small builders out here had the potential for us to really make some good money.” Tania Day, owner, Champion Choppers Landscape & Design

It also provided the opportunity to get a more steady stream of work. Rather than relying on lawn-mowing and garden maintenance which slows down in winter months as the business had done in the Eastern Suburbs, they could do landscaping for newly built homes.

With the Western Sydney region forecast in the NSW Metropolitan Plan to add 1.1 million people in the coming years to take is population to 3 million by 2036, there is huge potential for growth.

Along with doing home gardens for smaller builders, Champion Choppers has landscaped a 2,500 square metre park in Moorebank for a residential development by real estate group Mirvac. It was a much bigger-than-usual job, involving planting over 10,000 trees, shrubs and plants and about 2,500 square meters of turf, concreted paths and benches.

Day and her team have also helped Mirvac with projects at the Children’s Hospital at Westmead. “Mirvac does a lot with the community and whenever they're doing things like that, we love to get out there,” said Day, who is a director and the administrator of the business she and her husband Trent run, as well as being a qualified landscaper.

“Western Sydney is one of the major drivers of economic growth and with its growing population, committed Government infrastructure spend and opportunities for development, it offers plenty of potential for expansion." Shane Hannah, Regional Operations Manager NSW, Mirvac

“Mirvac is committed to contributing to the region’s development by creating employment opportunities, and also making Western Sydney a great place to live and work. We are doing this by building sustainable communities, close to transport links, enabling residents to access jobs and lead heathy lifestyles. We are also developing leading employment precincts, such as our new industrial estates proposed at Badgerys Creek (Elizabeth Enterprise) and Kemps Creek (Aspect), which will help attract global and national brands to the region, generate jobs and contribute to economic growth,” said Hannah.

The move west of the Harbour Bridge has been a success but Day says business has slowed down in the past couple of years. Builders are putting up fewer houses as banks tighten up their lending criteria. Many are telling Day they are having trouble getting council approval for more construction.

Consumers have become more cautious about spending and have committed all of their funds to buying a house, leaving little for landscaping.

“It’s gone very slow across the board; spending has dropped; people aren’t spending as much,” she said. “A lot of people see landscaping as a want, not a need.”

As a result, Day has added to Champion Choppers’ offering and come up with a cheaper and more basic landscaping package. “We can offer a range of packages rather than just say, ‘look, you need 45 plants and you need Sir Walter turf’,” she said.

“We need to change our focus with what the market's doing, what the people are doing.” 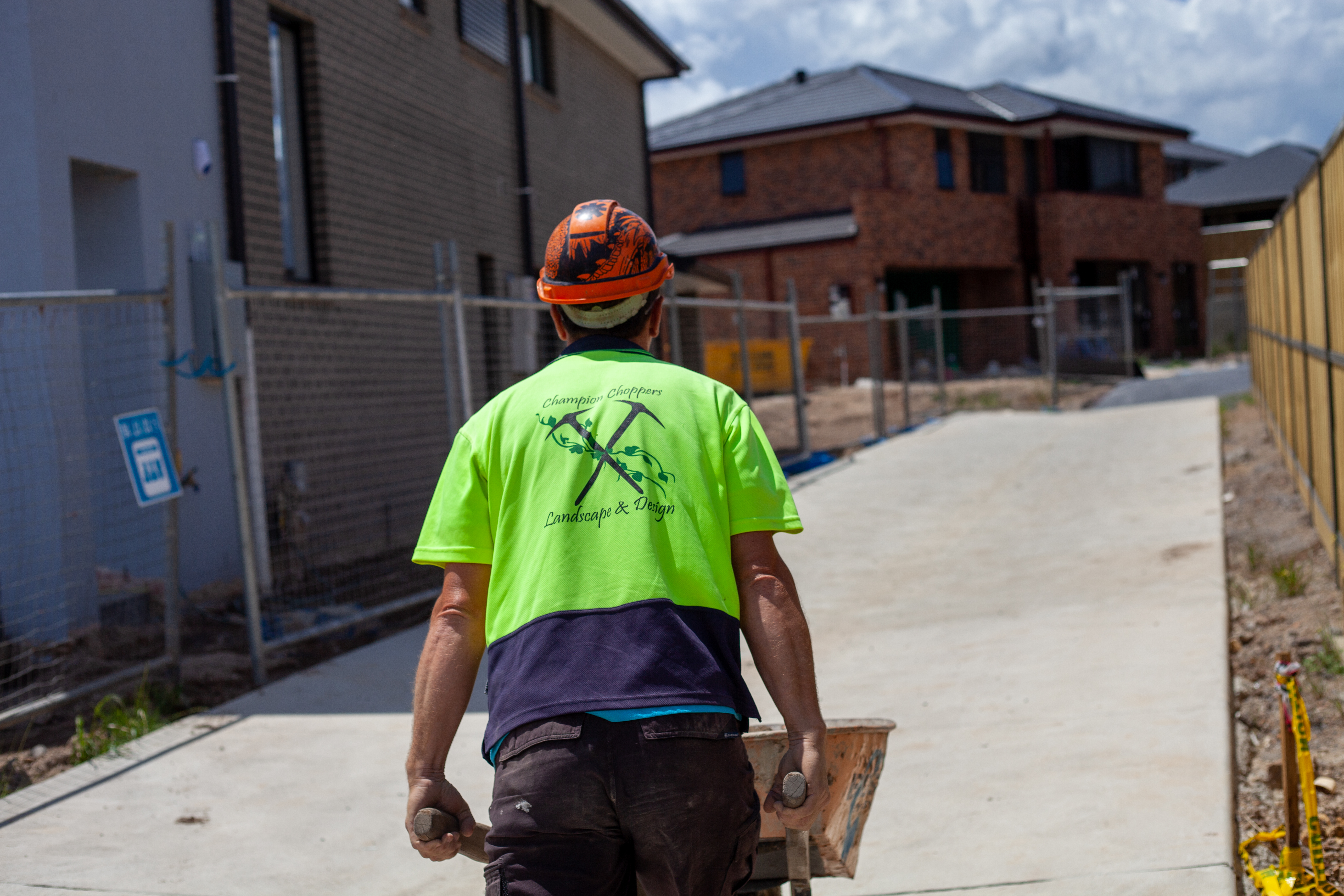 The business is down to four full-time workers, from nine plus subcontractors at its peak, although it still takes on apprentices and remains committed to training, supporting staff to get their machine operators qualifications, for instance.

Nonetheless, no apprentices have so far stayed on to finish their training and Day said she is concerned that as tradies grow older and move towards retirement they are not being replaced by the younger generation.

Despite the current slowdown, Day remains optimistic about the future of her business in Sydney’s West and is planning to study landscape design next hear.

She is adapting the business to reflect Australians’ changing lifestyles, where people spend much less time outdoors

“I think it'll pick up again and I definitely think that we're going to have to start looking at different concepts. Lots of properties are getting smaller, areas of living are becoming smaller,” she said.

“We're going to have to come up with new ideas to simplify backyard areas and keep it low maintenance because no one wants to spend time in their yard anymore.”