This opinion article by Business Council Chief Executive Jennifer Westacott (pictured) was published in The Advertiser on 27 October 2016. 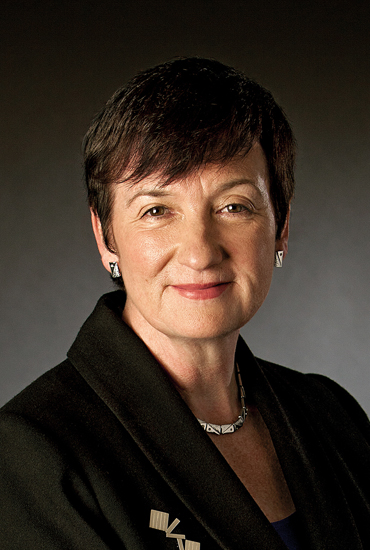 Imagine what could be achieved with ... $300m in investment in SA every year

WHEN Australian businesses are not globally competitive, the consequences are felt in suburban streets and regional towns. South Australians know that better than most.

This state’s unemployment rate is 6.7 per cent – well above the national average. The competitive pressures on SA businesses are intense – most acute in manufacturing, which has been in decline for three years. Wages are stagnating.

The good news is it doesn’t have to be this way. Given the right circumstances, South Australia’s businesses can compete on the world stage and deliver far-reaching benefits for the community.

Indeed, with one simple reform currently being considered in Canberra – the gradual reduction of Australia’s company tax rate – SA could gain more than $300 million of business investment year in, year out. This would be the equivalent of developing the Adelaide GPO precinct or evaluating an iron ore mine at Commonwealth Hill every year.

Australian businesses carry the burden of a company tax rate that is one of the highest in the world. Our 30 per cent company tax rate is five percentage points higher than the average OECD rate. Against some of our economic rivals in Asia, that disparity is even greater.

The Government has a modest plan to begin to address this imbalance and get businessinvesting again. Within 10 years, it would like to bring Australia’s company tax rate down from 30 per cent to 25 per cent – in line with where other advanced economies are today.

But this plan faces the real prospect of being broken up in the Senate, with Nick Xenophon proposing that only small businesses with annual turnover up to $10 million receive tax relief.

There are a number of problems with this approach. First and foremost, it would create a two-tier system where many businesses will be penalised as they grow.

SA businesses generate $60 billion for the economy and employ 700,000 people. Imagine what more could be achieved with a tax reduction projected to generate more than $300 million in investment in this state every year.

But realising benefits of this magnitude requires passing the Commonwealth Government’s full plan to make the company tax rate more competitive. We require nothing less if we’re going to give businesses the best chance to get SA’s economy moving again.

This opinion article by Tim Reed, chief executive of MYOB and chairman of the Business Council Innovation Task Force, was published by Business Insider on January 18.  When Malcolm Turnbull...

Trump’s tax changes mean we all must knuckle down

This opinion article by Chief Executive Jennifer Westacott was published in The Australian on Wednesday 28 December 2016. When it comes to tumultuous years, 2016 certainly stands out. The essential challenge for...

Here’s A Reality Check: We Have To Pay Our Way

This opinion article by Chief Executive Jennifer Westacott was published in The Australian on Tuesday 20 December 2016. As if our politicians needed another reality check, the message from the mid-year economic and...