The Biggies: You can bank on volunteer firefighters

This article first appeared in The Australian newspaper on Monday 18 January 2021. 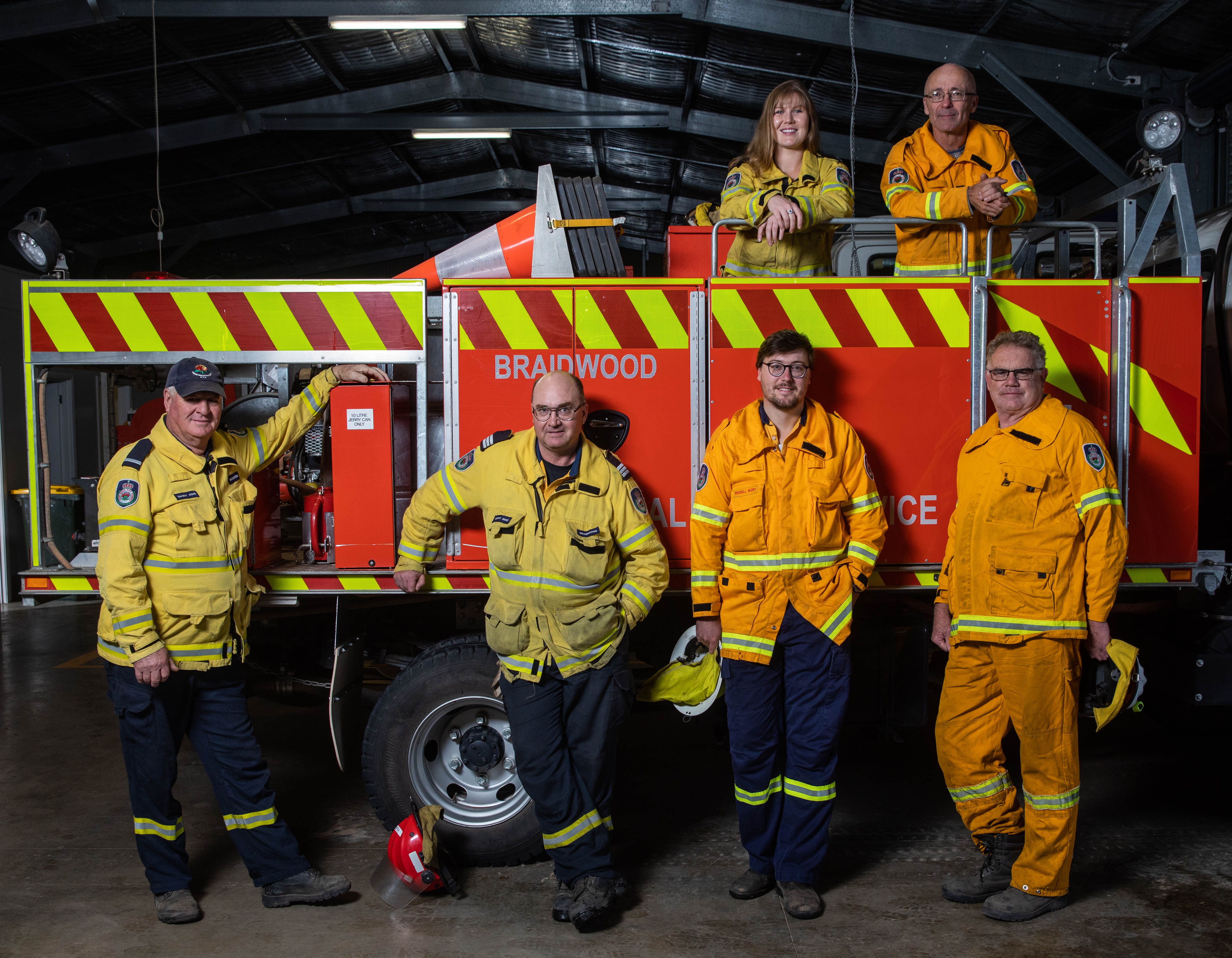 A high-powered job in a bank can be stressful, but last summer a day in the office proved a refuge for Scott Hart, a volunteer firefighter who spent months battling the devastating fires in NSW.

Mr Hart, the customer relationship manager at the Braidwood Community Bank, part of the Bendigo and Adelaide Bank, spent only 16 days in the office between November 2019 and February 2020. The rest of those months he worked as a captain with the NSW Rural Fire Service, fighting fires in Grafton, Lake Macquarie and later at home in Braidwood, about 90km from Canberra.

It was a hectic time but Mr Hart said that going into work, rather than taking a break, was a relief from the fires.

“The smoke was a constant thing, and to get into my little office at work, where you can’t see outside, was a bonus,” he said.

“The phone would still ring but because I wasn’t currently sitting in the thick of things it’d be a quick phone call and no expectations from me while I was having a day away from it.”

Mr Hart’s involvement in one of the longest and most intense firefighting exercises in the country has seen him chosen as a finalist in The Biggies — a new award launched by the Business Council of Australia to recognise individuals and businesses who went “above and beyond” in 2020.

Winners of the awards, which celebrate the positive impact of business in the community, will be announced in April. There are two categories: the Big Heart Award recognises an individual or a team that has gone to “extraordinary lengths to help those in need”; the Big Impact Award acknowledges a company’s outstanding efforts over the past year. The 11 finalists will be featured in The Australian, which is the BCA’s media partner in the awards, over the next few weeks.

Mr Hart is one of four finalists in the Big Heart category. 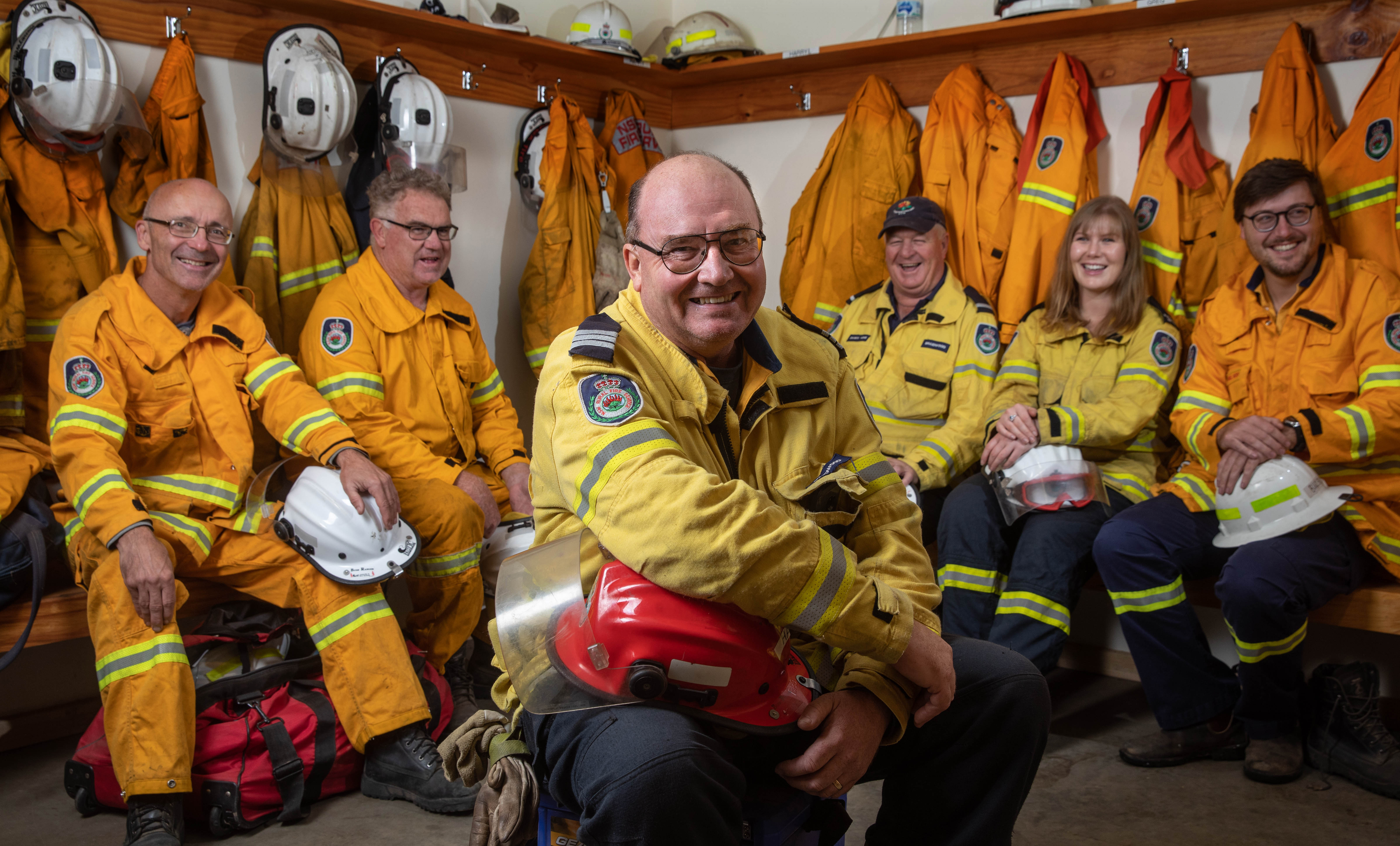 Last summer’s fires came within a few kilometres of Braidwood, surrounding the town on three sides at their peak.

Mr Hart, who has been involved with the RFS for almost 40 years, was able to access the bank’s unlimited paid-leave policy for volunteers assisting with disaster management and recovery. He worked with another 30 volunteers from the area to save their local communities and the team was later recognised with a NSW Premier’s Bushfire Emergency Citation.

“When the fires got going down here my boss Craig said ‘don’t come back to work until this is dealt with’,” Mr Hart told The Australian. “Pretty sure he didn’t think it would take so long!”

He sees many similarities between his bank job and his firefighting work: “It’s about trying to work out the right place to get to, to muster enough people to continue the fight.”

Both roles, he said, required a 24-hour, seven-day-a-week commitment. At 54, he said firefighting was a “way of life” and he would continue until his “health gives out, and (then) I’ll sit around and tell war stories”.

Bendigo and Adelaide Bank chief executive Marnie Baker praised Mr Hart’s efforts. “Scott’s contribution, and the support of his colleagues at the Braidwood Community Bank, undoubtedly saved lives (and) continues to assist in the recovery of severely fire-affected communities.”