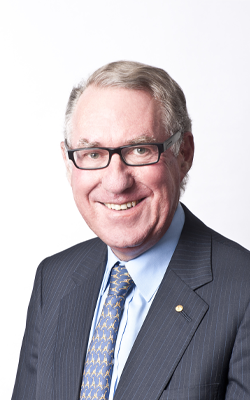 David Gonski is Chairman of the Australia and New Zealand Banking Group Ltd.

David is also Chancellor of the University of New South Wales, President of the Art Gallery of NSW Trust, and Chairman of the UNSW Foundation Ltd. He is also a member of the ASIC External Advisory Panel and the board of the Lowy Institute for International Policy, a Patron of the Australian Indigenous Education Foundation and Raise Foundation and a Founding Panel Member of Adara Partners.

He was previously Chair of the Review to Achieve Educational Excellence in Australian Schools for the Commonwealth Government of Australia. He was also a member of the Takeovers Panel, Director of Singapore Airlines Limited, the Westfield Group and Singapore Telecommunications Limited, Chairman of Coca-Cola Amatil Ltd, the Australian Securities Exchange Ltd, the Sydney Theatre Company, the Guardians of the Future Fund, the Australia Council for the Arts, the Board of Trustees of Sydney Grammar School and Investec Bank (Australia) Ltd. 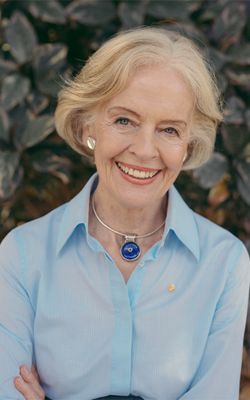 Quentin Bryce was born in Brisbane in 1942 and spent her early years in Ilfracombe, a small town in Central Western Queensland. In 1965, she graduated with the degrees of Bachelor of Arts and Bachelor of Laws from The University of Queensland and, in the same year, was admitted to the Queensland Bar. She has since enjoyed a rich and distinguished career as an academic, lawyer, community and human rights advocate, senior public officer, university college principal, and vice-regal representative in Queensland, and now Australia.

Ms Bryce’s former roles – some, among firsts for women in this country – include:

In her civic role as Governor of Queensland, Ms Bryce continued her work with women, families and young people while extending her influence across the State’s broad and diverse spectrum, including the rural, regional, aged, indigenous, migrant, and disability sectors.

As a mother and grandmother, Ms Bryce is a role model and mentor to women at every stage of their lives. She values and encourages women’s capacity to form strong and enduring bonds of friendship, intellectual and emotional enrichment, and mutual support in their roles within the family, workplace and community.

On 5 September 2008 Quentin Bryce was sworn in as Australia’s twenty-fifth Governor-General. As the first woman to take up the office, she remains a pioneer in contemporary Australian society, and yet one who brings more than forty years of experience in reform, community building and leadership to the role.

Quentin Bryce and her husband, Michael, were married in 1964. 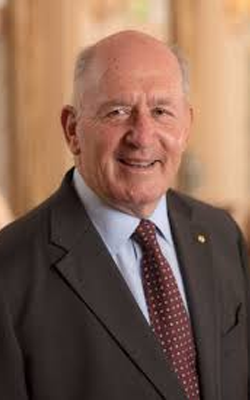 Peter Cosgrove was born in Sydney in 1947.  The son of a soldier, he attended Waverley College in Sydney and graduated in 1968 from the Royal Military College, Duntroon.

Early in his military career, he fought in Vietnam, commanding a rifle platoon.  He was awarded the Military Cross in 1971 for his performance and leadership during an assault on enemy positions.

In 1972, he served as Aide de Camp to Governor-General Sir Paul Hasluck.  He returned to regimental life as second in command of a Company, rising to Adjutant then Company Commander in the Army’s 5th Battalion Royal Australian Regiment  (5 RAR), then 5/7 RAR in Holsworthy, Sydney.  Subsequent appointments included a period as a tactics instructor at the Army’s Infantry Centre in Singleton, New South Wales; a year’s study at the United States Marine Corps Staff College in Quantico, USA; extended periods of duty in the United Kingdom and India; and command of 1 RAR.  He was appointed a Member in the Military Division of the Order of Australia (AM) for his service in command in 1983-84.

Peter Cosgrove came to national attention in 1999 when, as Commander of the International Task Force East Timor (INTERFET), he was responsible for overseeing that country’s transition to independence.  For his leadership in this role he was promoted to Companion in the Military Division of the Order of Australia (AC).

Subsequently, he accepted positions on several boards, including QANTAS, Cardno and the Australian Rugby Union.  He was appointed by the Queensland Government to lead the taskforce rebuilding communities in the Innisfail region following the devastation caused by Cyclone Larry in 2006.  From 2007 to 2012, he chaired the Council of the Australian War Memorial, and served as Chancellor of the Australian Catholic University from 2010 until early 2014.

On 25 March 2014, Prime Minister Tony Abbott announced that General Cosgrove would become a Knight in the Order of Australia when sworn in as Governor-General.

General Sir Peter Cosgrove gave the Boyer Lectures series, “A Very Australian Conversation” in 2009.  His autobiography “My Story” was published in 2006.  He was named Australian of the Year in 2001. 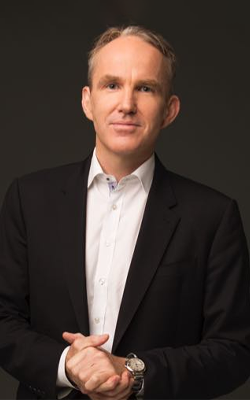 He was born in Brisbane, Queensland and studied economics and politics at the University of Adelaide. He began his career at The Australian, where he held several roles, including Deputy Editor, Victorian Editor, Night Editor, New Zealand-based Pacific correspondent, and political correspondent in the Canberra press gallery. 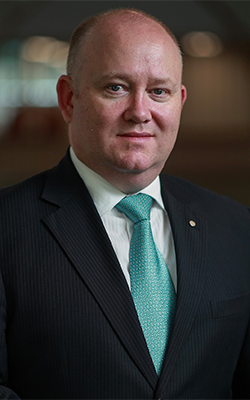 Commissioner Shane Fitzsimmons joins Resilience NSW following more than 30 years’ experience with the NSW Rural Fire Service (RFS) serving as both a volunteer and salaried officer. He is a member of the NSW State Emergency Management Committee, the NSW State Rescue Board and a Councillor of the Royal Humane Society of NSW Inc. He was awarded the National Medal in 1999 and Australian Fire Service Medal (AFSM) in 2001. 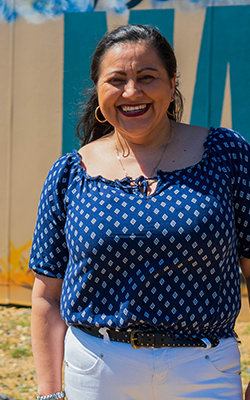 Lorena Granado and partner Gaspar Román lost their home and leather goods business when bushfires swept through the heritage town of Mogo, 280 kilometres south of Sydney, on New Year's Eve.

The couple moved to Mogo more than 17 years ago to raise their three children and opened Roman Leathergoods, a shop dedicated to selling and repairing leather items.

Lorena has been instrumental in the Business Council’s BizRebuild program to rebuild Mogo, including the establishment of a pop-up mall. Along with other local business owners Lorena has helped to bring the business community back to Mogo.

As a community advocate, Lorena represents small businesses in fire affected communities, and has been on the frontline of both the impact and recovery efforts of Australia’s 2019-20 bushfire season. 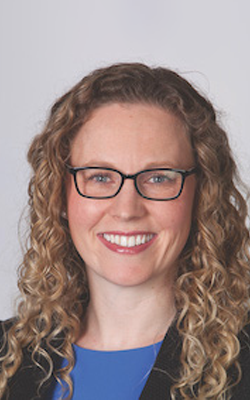 Prior to joining SVA, Suzie was a consultant at Bain & Company. Suzie holds a Bachelor of Accounting (University Medal, First Class Honours) from the University of Technology, Sydney and a Master of Philosophy (International Relations) from the University of Cambridge. She is a Director of Community Council for Australia, a Non-Executive Director of The Observership Program, and formerly of YWCA NSW and Holdsworth Community Centre and Services. She was a winner of AFR BOSS Magazine’s Young Executive of the Year 2017.