The Biggies: Feeding the community in a crisis

This article first appeared in The Australian newspaper on Monday 25 January 2021. 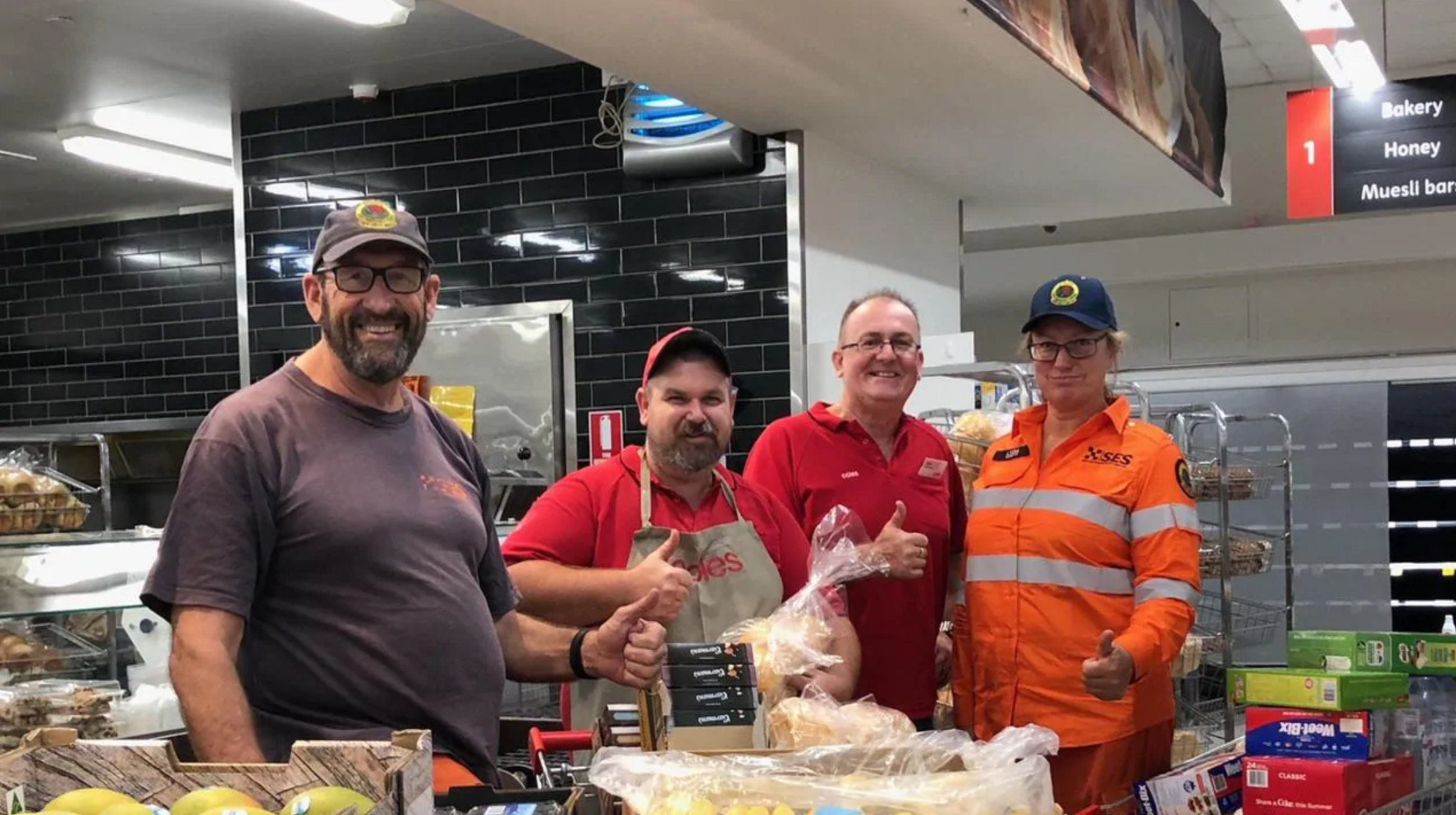 As the fires burned around him and the sky turned an apocalyptic red, John Appleby felt an overwhelming feeling of responsibility to his community.

The Coles regional manager based at Bateman’s Bay on the NSW south coast watched his family flee the flames and head for Sydney.

It was the peak of the 2019 summer of bushfires and Mr Appleby knew that with phone lines down, electricity cut and roads blocked, Batemans Bay Coles was the only major supermarket operating.

He sprang into action with his team to ensure it stayed open through the three-day crisis.

“As my wife and family were flying away in a small plane, it was heartbreaking,” Mr Appleby recalled. “I felt… a commitment to stay behind which was fundamentally to support my team and a community in need.”

Using gas generators to maintain power, the supermarket became a refuge for hundreds of locals who had evacuated their homes with only the clothes on their backs, as well as exhausted crews of volunteer firefighters and emergency responders.

“There was a line out the door while embers were falling from the sky. We knew we had to keep our doors open,” Mr Appleby said. “We had 4500 customers that day and we made sure we engaged every single one.

“The community was so grateful. There were people stranded on beaches, held up in hotels or in overflowing evacuations centres where they had no access to food so we donated to anyone who asked.”

Mr Appleby ensured meals and essentials were donated to emergency crews, nursing homes and evacuation centres as well as sending pallets of fruit and vegetables to Mogo Zoo.

His actions during the crisis is why he is a finalist in The Biggies – a new award launched by the Business Council of Australia to recognise individuals who went “above and beyond” in 2020.

Winners of the awards, which celebrate the positive impact of business in the community, will be announced in April. Mr Appleby is one of four finalists in the Big Heart category. Mr Appleby said one of the team’s bakers, Phil, worked through the night to ensure there was fresh bread to feed exhausted firefighters, police, volunteers and the local community.

“There was a real need and urgency in the community and… we went over and above,” he said.

“I had a team member who had lost his rental home who showed up to work with the soles of his shoes burnt wanting to come and help. Our team was amazing.”

Chief Inspector of Policy for the Bega Valley Sector of the South Coast District Peter Volf described Mr Appleby’s actions as selfless despite the horrific circumstances.

“Despite the adversity John and his team faced – fires raging around the area, no electricity, no phone service, roads in and out of the area blocked – he selflessly continued to operate his stores so that he could feed his community,” he said.