Luring talent back to business 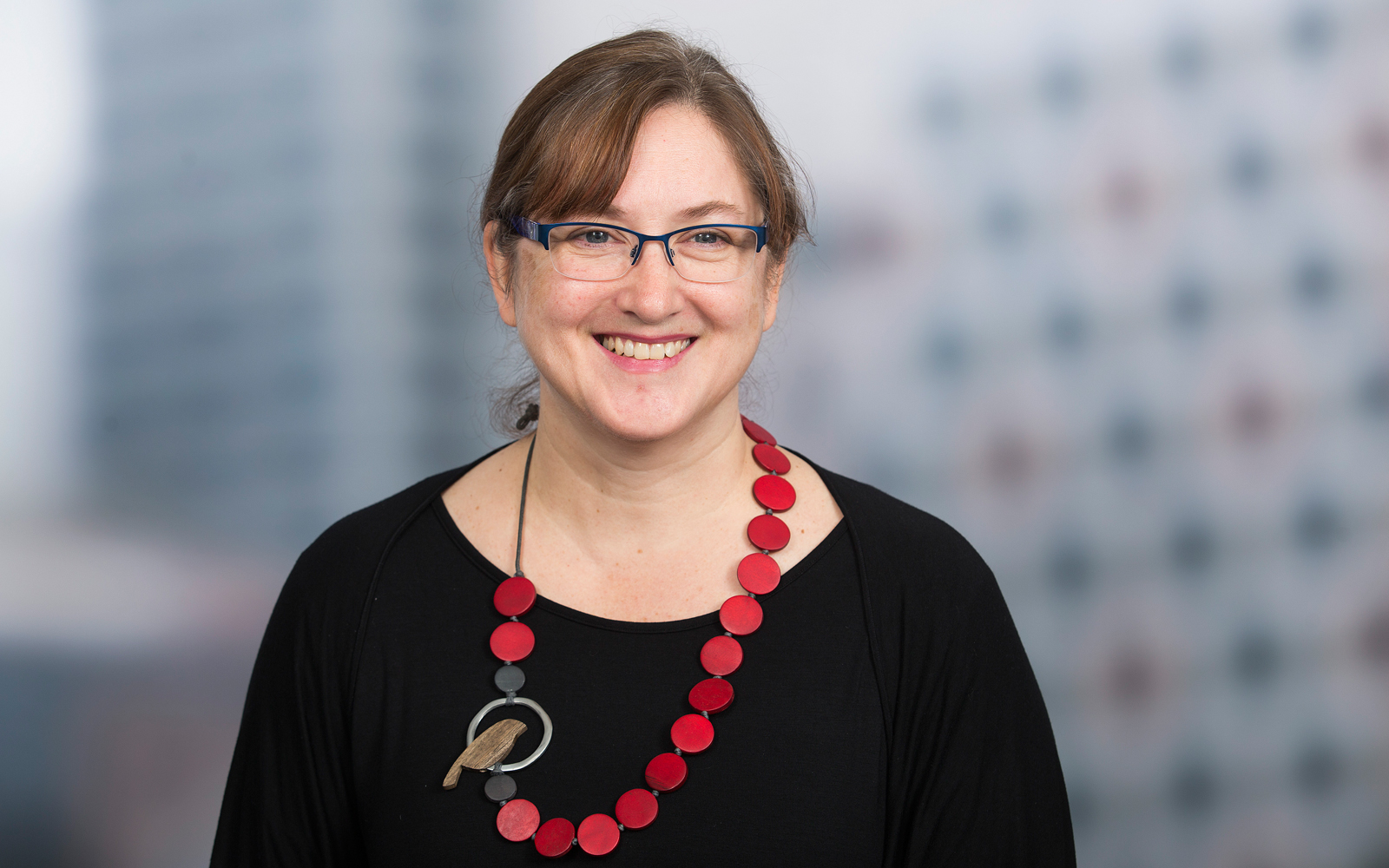 If Jane Holt wasn’t already slightly nervous about the challenges of re-entering the workforce after an extended career break, she had to contend with her hot water service going on the blink and both her children breaking their arms in separate incidents.

This all happened in the first fortnight as Ms Holt began taking part in the pilot of Deloitte’s Return to Work program last July in the firm’s Consultancy division as a data manager in the Melbourne office.

The program, which is about to welcome its second intake of applicants, is designed to attract experienced senior staff, particularly women, back into the type of serious roles they left before life and the challenges of caring for children and others intervened.

Some people call the balancing act of work and family a juggle. Ms Holt has a more apt description.

“I tend to use the analogy of spinning plates because when you’re juggling, at some point, the balls rest in your hands whereas the plates are just constantly spinning.’’

“If one crashes, the whole show stops,’’ she laughs.

“I would never underestimate how difficult that is because it is really, really tough.’’

Deloitte embarked on the program as part of its ambition to reach 50-50 representation of men and women in senior roles, without having to wait a generation for a cultural sea-change.

Deloitte’s People and Performance Partner Tina McCreery says the organisation had been looking at ways to increase gender diversity at a leadership level and realised they had an untapped market of talented individuals who had long stretches out of the workforce.

“Taking the CV out removes some of those inbuilt biases that would have potentially precluded people like me joining the program. It feels fantastic that companies are waking up to the talent that is out there. It feels fantastic to know that I had this opportunity. It was very exciting.’’ Jane Holt, Data Manager Consultancy Division Deloitte

The men and women, however, lacked confidence and needed a safety net.

The Return to Work program is designed to help them with the transition, Ms McCreery says. The 20-week program is structured to ensure recruits receive support getting “across new technology, new terms, new skills, new capabilities, but also ensuring from a home perspective you have the support that you need’’.

“So, we’re putting things like external coaching around how to get that work–life balance. We locked in core hours, we locked in core days. Putting that structure around it really enabled us to attract women and men who would not have applied without this.’’

Ms Holt, 50, worked in IT focusing on data for about 14 years for some of the nation’s largest companies.

After her first child, Gruff, was born in 2002 Ms Holt returned to work for an IT company.

But as so many working mums before her, she ran into difficulty securing child care.

Her managing director wanted her back in her old role which included extensive travel around Australia as well as to New Zealand and Asia.

“I simply couldn’t do it, particularly because my husband Marc is Welsh, with no family in Australia. Although my parents provided some assistance, they were both working as well, so help was limited.’’

And besides, Ms Holt, points out “you don’t have kids to not be there’’.

Faced with competing demands, Ms Holt left. She eventually found child care and a fulfilling part-time job in the innovation space with a Victorian government-funded organisation.

During her second pregnancy with Arwen in 2006 Ms Holt was ill and scaled back her work commitments. She worked from home, consulting to small businesses on customer engagement and marketing.

In 2013, the family moved to the United States. Ms Holt worked for a start-up summer camp in Boulder, Colorado learning new skills. Over the years, she became certified in marketing, art and design, interior design and training.

There was never a dull moment as she volunteered at her children’s kindergarten, volunteered in the classroom, was President of the school Parents and Friends Association, chaired the local Owners Association of 900 households, and volunteered for the Junior Achievers program that teaches financial literacy to US primary schoolers.

“You have to find things that you can be passionate about and that keep you thinking and challenge you. I think that’s really important as a mum because when you do those things, you’re a better mum.’’

The family returned to Melbourne in late 2015 and Ms Holt began the grind of searching for work.

“I was getting a lot of comments like: ‘You’re too senior’.

“I even got told I was too old, which I know they’re not supposed to say. Too ‘high flying’ was one I also got. “You’ve travelled the world, you’ve done all these things, we think you’ll be bored.’’

At the start of last year, she spotted an advertisement on LinkedIn for Deloitte’s Return to Work program. She has never looked back.

The application and interview process convinced Ms Holt there was a genuine recognition of the value of her experience as well as a real desire to embrace the diversity she offered.

The program’s key difference is that the recruitment process is not résumé based.

“Taking the CV out removes some of those in-built biases that would have potentially precluded people like me joining the program,’’ Ms Holt says. 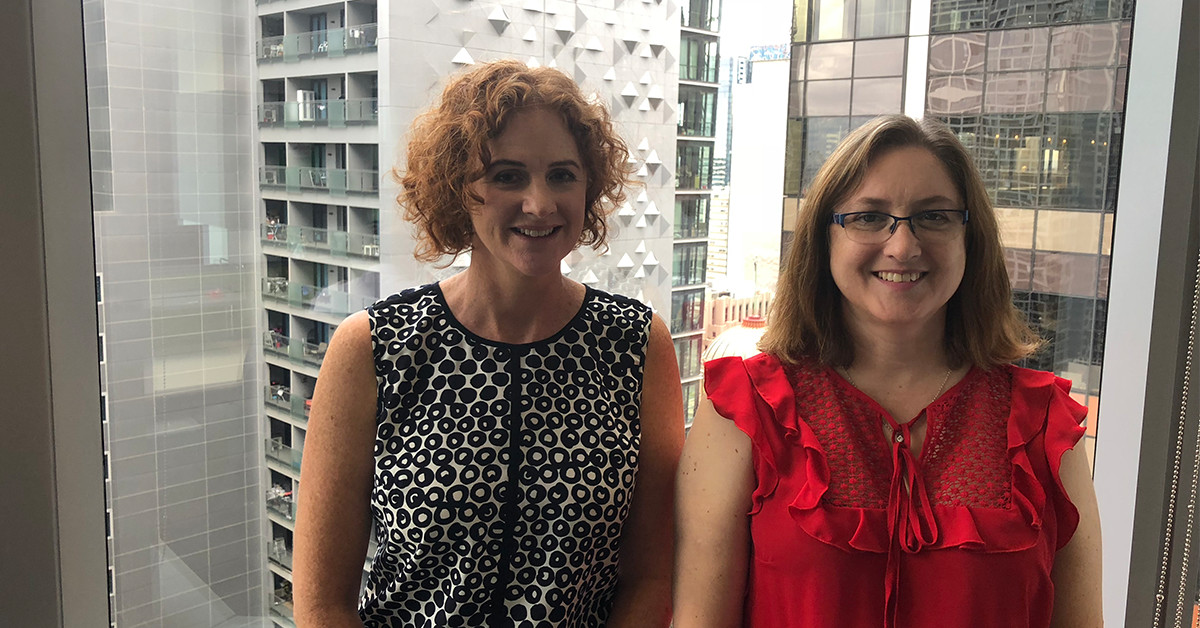 Ms McCreery says Deloitte chief executive Cindy Hook is “an incredibly strong advocate of diversity and inclusion and the firm has been on that journey for a long period of time’’.

“So, for us finding innovative ways to attract and retain diverse employees is one of our top two or three priorities from a people perspective across the firm. That’s why this, for us, is so important because it does allow us to bring different skills in and tap into that market where as previously, as I said, those people wouldn’t have even applied,’’ she says.

The Return to Work program not only values the skills of women who are returning to work and enables them to re-enter at senior levels, but it ensures experienced, dedicated and skilled workers are not falling through the cracks.

“Allowing people to return to the workplace at roles of a comparable level, it not only allows us to use our skills but it also has additional benefits,’’ Ms Holt says.

She also points out there is value in diversity and it leads to more creativity and innovative thinking.

“You have that little bit of worldly wisdom,’’ she says, adding “there’s also the advantages of empathy, emotional intelligence, and crisis management.”

“If you can manage a screaming toddler with your internet provider on the phone and dinner on the stove, a problem on the IT system isn’t going to blow your day.’’

Communication skills are enhanced because parents are often conscious about how language needs simplicity and clarity.

Ms Holt, who relishes the intellectual stimulation of her role, also praises Deloitte’s ethical stand on a range of issues, which fits in with her own code of ethics.

And then there are the friends.

She says the support from the group – which includes nine in Melbourne and six in Sydney – has been invaluable.

During the 20 weeks of Return to Work, each of the participants was allocated a partner sponsor who helped get them with advice and getting project work. They each also had a career coach and a buddy to help them navigate the administrative side of the firm.

The success of the program is measured on whether participants, such as Ms Holt, wanted to stay on at Deloitte. So far, the initiative is exceeding expectations.

The second intake will see the numbers of participants double, the backgrounds of applicants diversify even further and the options of teams, which individuals could choose to work, in widen to include Consulting, Technology, Risk Advisory, Tax, Audit and Financial Advisory.