Helping people in the future in a better way 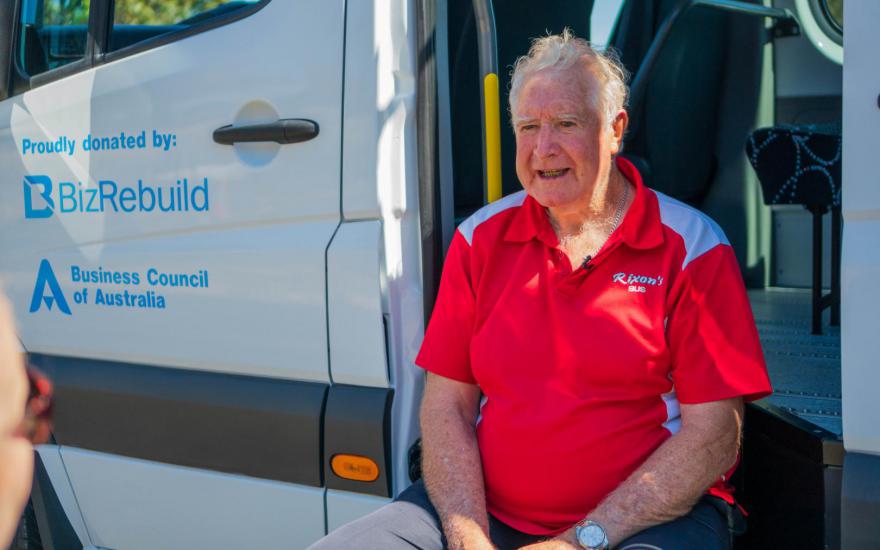 A story from Mogo in NSW, reflecting life in October 2020.

When the Black Summer bushfires engulfed the small town of Mogo on the NSW south coast on New Year’s Eve 2019 almost 500 homes were destroyed and 271,000 hectares — or around 80 per cent of the Shire — were burned.

The town also lost its only private wheelchair accessible bus. Owned and operated by Rixon’s Bus Service, the bus would service nursing homes for outings, shopping trips, tours or transfers to Canberra for medical services.

“Can you imagine the impact after the fires? People with disabilities were housebound. People in aged care facilities - their excursions could not happen. That's the sort of thing we take for granted,” explained BizRebuild chair, Sir Peter Cosgrove.

“When Rixon's was off the road, the community was sadly disadvantaged.” 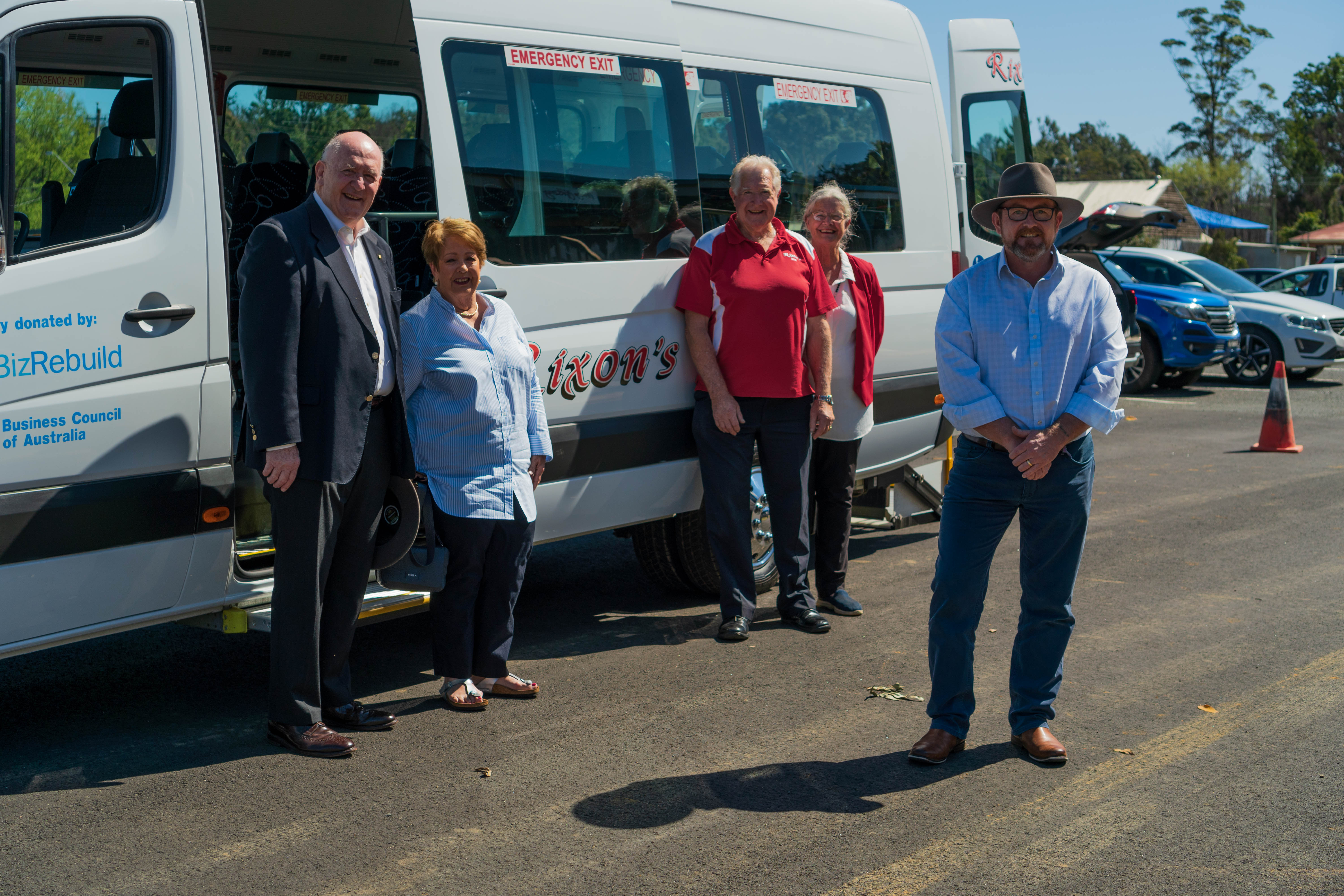 BizRebuild, set up by the Business Council of Australia, is a business-led initiative that provides practical, on-the-ground assistance to small and local businesses left devastated by the bushfires.

“We weren't in a position after the fires to spend money because we lost so much with being under-insured. We couldn't have replaced the bus with the finances that we have at the moment. It was an impossible dream,” said Mal Rixon, owner of the bus service.

BizRebuild provided the family owned business with an $87,000 grant to buy a replacement wheelchair accessible bus. The new vehicle can accommodate up to eight wheelchairs and will help improve the lives of vulnerable South Coast locals.

“This grant is going to have a long-term effect on us. Where we were starting behind the eight ball, we now have a head start,” said Mal.

Brett Hood is the manager of the Manor Retirement Village and Aged Care facility in Batemans Bay. He believes the money could not have been spent on a more worthy project.

“To actually donate something that's usable but also dovetails straight into the community is a perfect match, it works really well. I think that's a great use,” said Brett.

For Mal Rixon the future is still unknown, but he is hopeful.

“The potential is there to help people. I feel as though everything will come back to a normal, but that will also give us time to find our feet and to help people in the future in a better way, in a larger scale than we have previously,” he said.

Since it was established, BizRebuild has helped more than 1,200 bushfire-affected businesses and locals across Australia. This includes distributing over $1.2 million worth of vouchers to 930 businesses. This has given them the chance to re-tool and re-equip themselves quickly meaning they can get back to work quickly and keep workers in jobs.