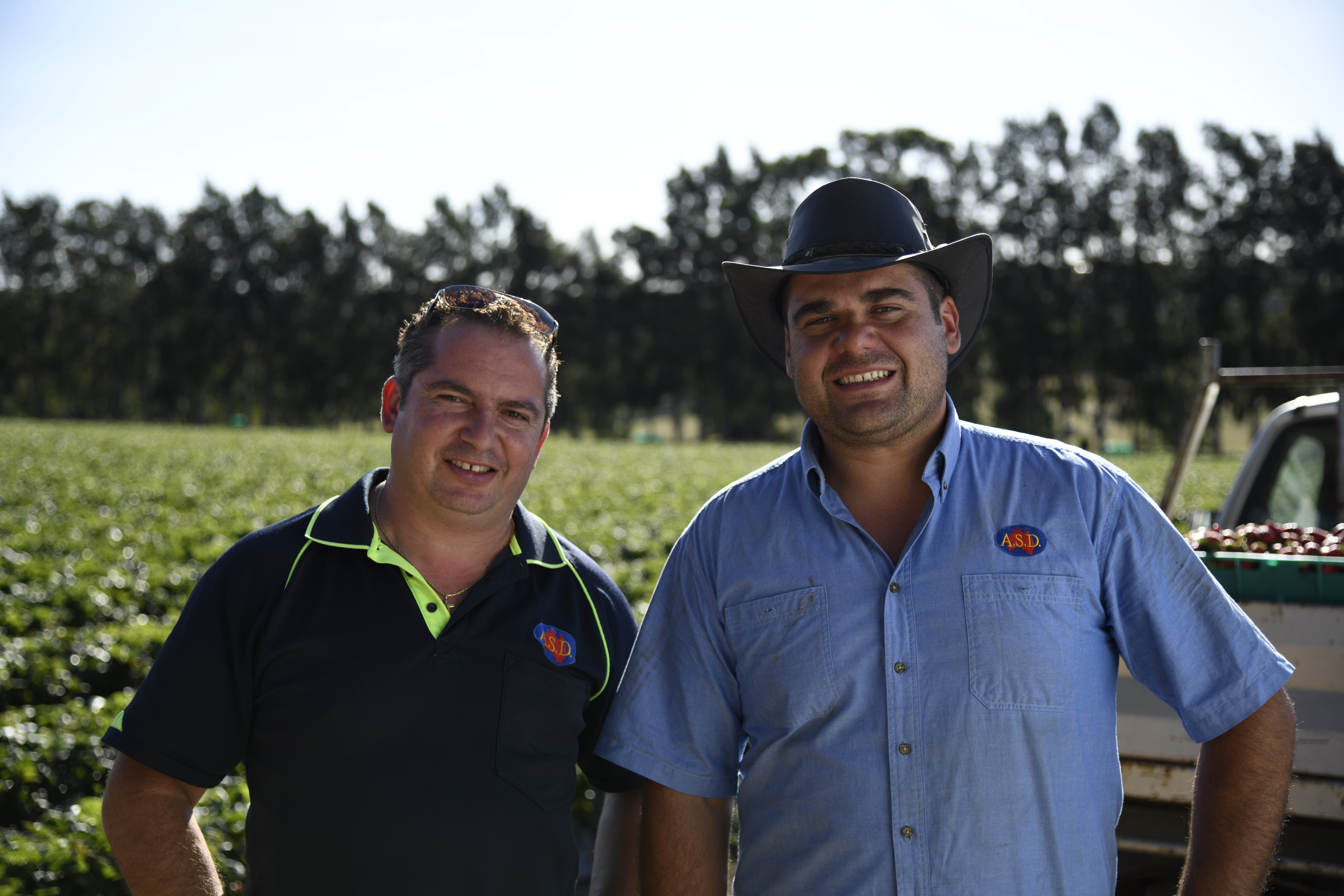 It’s the essence of a migrant dream: the type of multicultural success story that contributes to the diverse fabric of Australia.

When Gaetano Ripepi left Italy for Australia in 1959, surely, he couldn’t have imagined the family-owned and run business standing in his footsteps today.

Through hard work, sweat, grit and the determination to overcome setbacks, the Ripepi family has ensured that Australian Strawberry Distributors has grown from strength to strength.

ASD is owned by Gaetano’s sons, Rocco, who is known as Rocky, and Joe.

As a third-generation member of this close-knit family to be working in strawberries, Rocco’s son Jim Ripepi is the general manager.

“My grandfather (Gaetano) came out from Italy and spent a couple of years working, in those days for the Board of Works. Within a couple of years, all the family decided to come out. My grandmother (Michelina) and all the kids, and that was in 1961,’’ Jim says.

“They worked on other farms for about five years where they did a bit of picking and packing and general farm work.’’

Now, nearly 60 years on, ASD directly employs about 30 people, including nine family members. During peak picking and packing times the workforce expands to about 200 people working on farms and in packing sheds in Victoria and Queensland to provide fresh and in season strawberries almost all year round.

“We grew with Woolworths from the early 1980s when back in those days they were Safeway stores here in Victoria. As Woolworths business grew, our business grew.’’ Jim Ripepi, general manager Australian Strawberry Distributors

“We’ve got a successful business, but the most exciting part is being with family every day,’’ says Jim.

“I grew up with my cousins, they’re like brothers. We’re very close-knit. We couldn’t do what we’re doing without the family.’’

They produce just under one million trays of strawberries a year, which is about 18 million punnets including the Albion, Monterey, Festival, and Fortuna varieties as well as the new and popular Australian bred Red Rhapsody.

About 60 per cent of their strawberries make their way to the supermarket shelves of Woolworths, Aldi and Costco stores. The rest is sold to independent fruiterers across Australia.

Their operations have blossomed in tandem with the growth of the supermarkets.

Jim says the relationship with the supermarkets is critical. 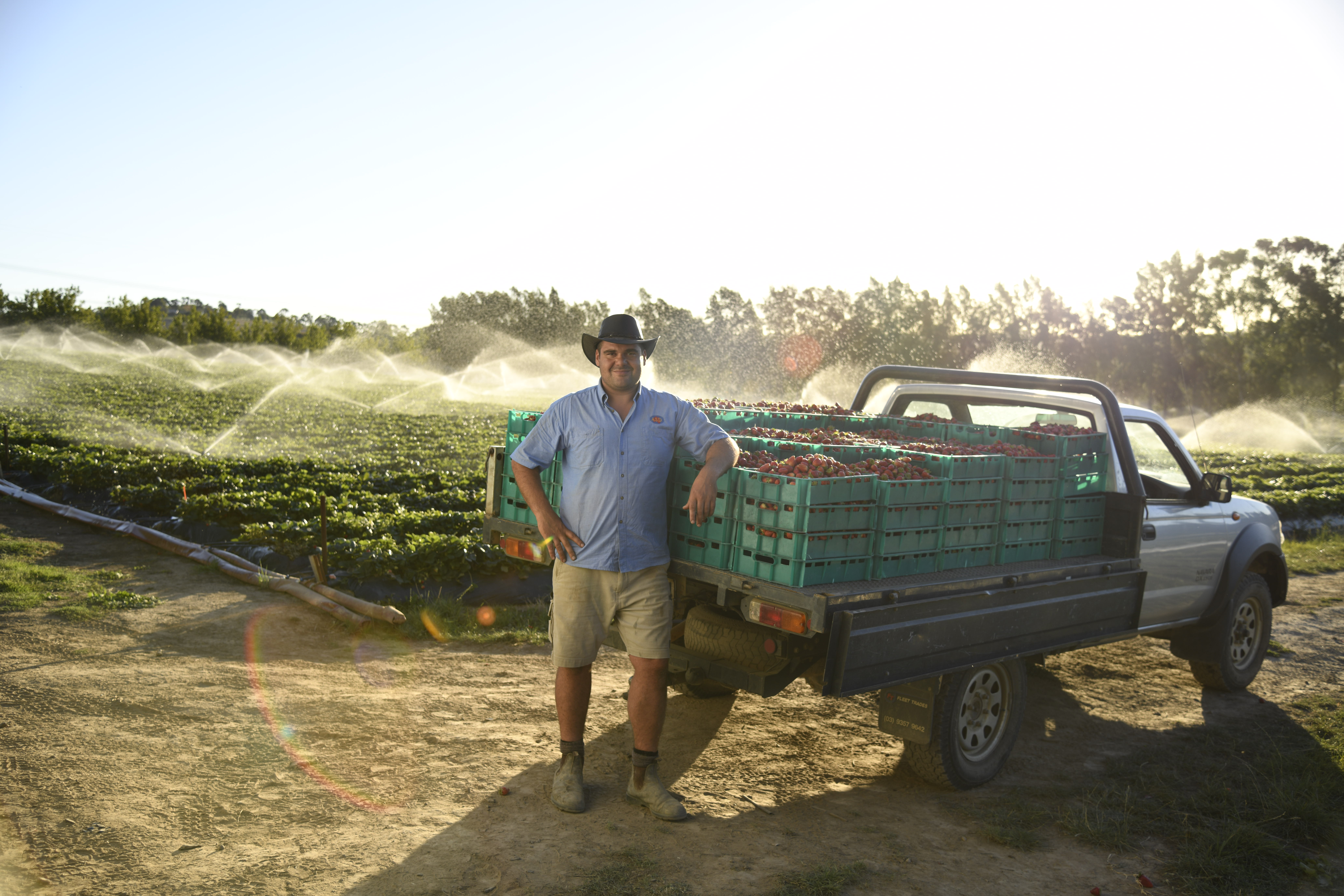 “We grew with Woolworths from the early 1980s when back in those days they were Safeway stores here in Victoria. As Woolworths business grew, our business grew,’’ he says. “We further grew when Aldi and Costco expanded into Australia.’’

“The amount of fruit we produce today, there’s no way you could sell just off the market floor. We are geared to supply the chain stores. It’s a very important relationship.’’

Woolworths began campaigning as the Fresh Food People, ASD was on hand to back them up.

“Whenever they needed a fruit, especially back in the day, you didn’t have the supply you have today. We went out of our way to fill orders when there wasn’t much fruit around. They really appreciated it – we did as well,’’ Jim says.

Paul Turner, Woolworths Supermarkets Head of Produce, says: “Woolworths values long-term collaborative business partnerships like the one we have with Australian Strawberry Distributors (ASD) and the Ripepi Family.’’

“We have been working with ASD for 36 years now and it is thanks to the support of families and businesses like ASD that we are able to deliver high quality, 100 per cent Australian, fresh strawberries to our customers every day,’’ Mr. Turner said.

These types of supplier relationships between small and medium sized businesses and larger businesses are the backbone of the Australian economy, and each year are responsible for about $555 billion in activity.

Jim says in the 1960s his dad Rocco – who was 12 when he came to Australia – was adamant the family needed to buy acreage and plant their own produce. It was a decision which would change their lives.

They poured their savings into 10 acres in Mount Evelyn, Victoria and planted their first strawberries along with carrots, potatoes and other vegetables. 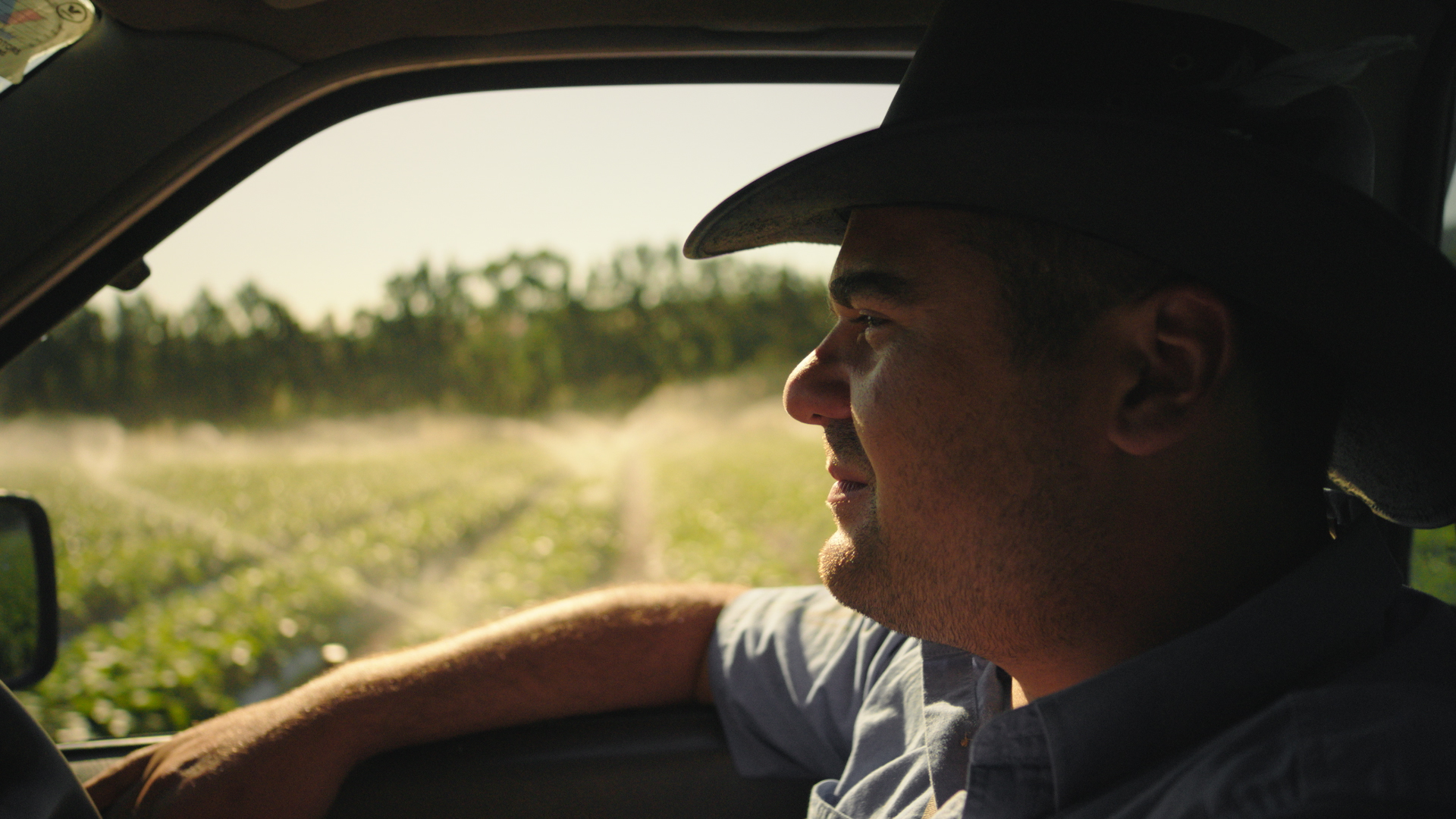 At 17, Rocco started selling their produce and soon became a commission agent for neighbouring producers. He then tried his hand at a restaurant and a couple of fruit shops before being coaxed back to work as a commission agent.

When Jim was 13, his dad Rocco bought 15 acres in Wandin East.

“Just to keep us busy, me and my brother, we put in a small amount of strawberries that we looked after with my mum. In those days there were about 25 to 30 growers growing for dad.’’

It was the mid-1980s and customers were becoming more discerning. Rocco and his family started growing a lot more of their own produce.

In 1991, Rocco re-joined forces with his brothers Tony, who has since passed away, and Joe. Tony’s children are still involved in the business.

“We bought another 100 acres in Seville. We grew a lot more of our own produce to ensure the quality and consistency for the supermarkets.

“The business really took off from there,’’ says Jim, now 45.

In 1998, the brothers changed the name to Australian Strawberry Distributors. From that time on, we approached Queensland strawberry growers to supply us at our new warehouse in Caboolture. We also started our own Queensland farm for the same purpose. This gave us the capacity to supply Woolworths nationally 12 months a year.’’

Later the business invested in 100 acres in Catani, near Pakenham in Victoria, which operated for about a decade.

Three years ago, the family purchased 300 acres in Coldstream which is now the only farm where they grow strawberries in Victoria. 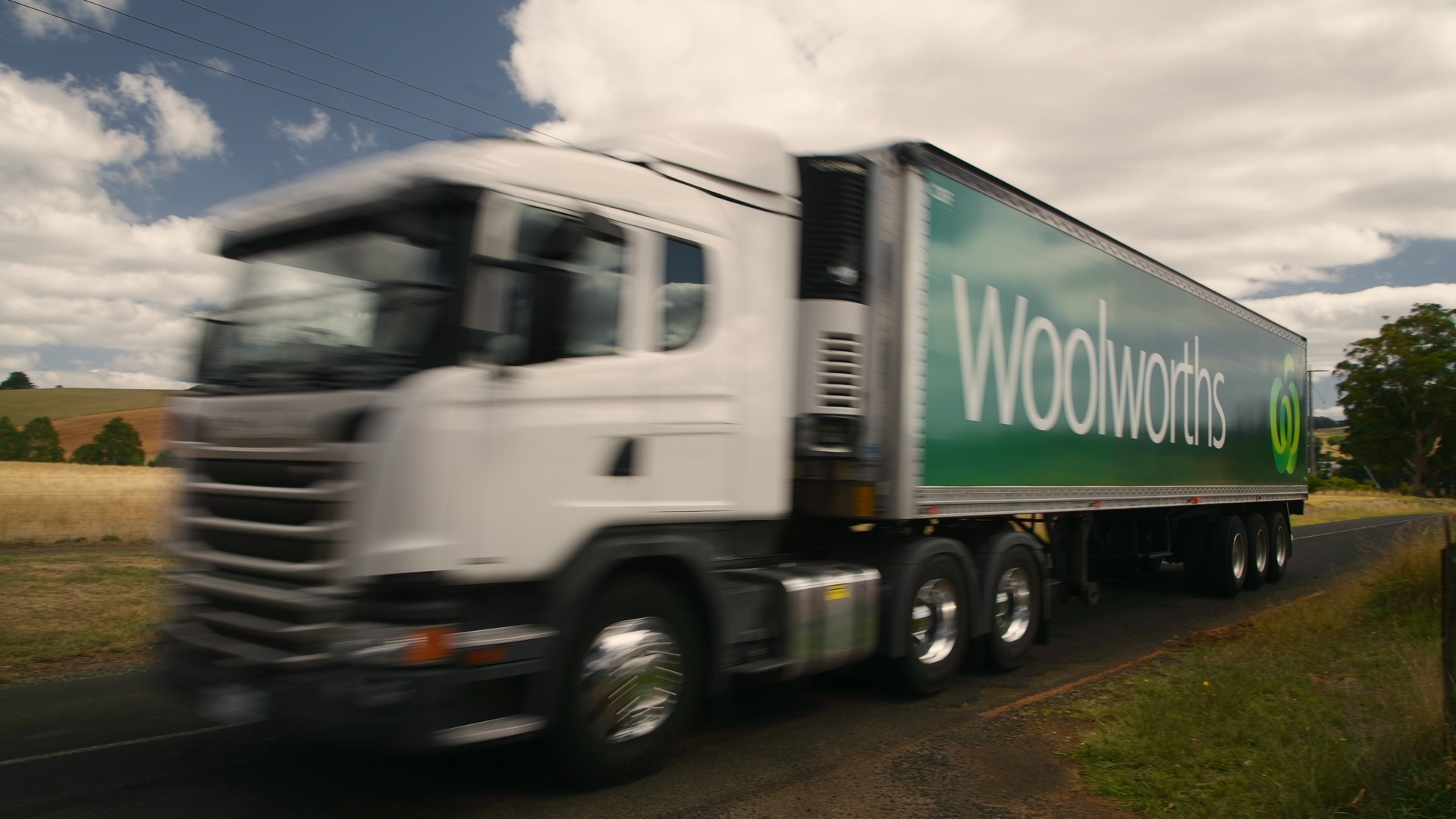 Jim agrees their success has come from constantly evolving, and it is paramount that Australian businesses are able to work in an environment where taking a risk is rewarded.

“We’ve always been pretty much frontrunners in the industry, especially the strawberry industry and when we’ve had to put them on the line we did and will continue to do so,’’ he says.

“We are never ones to hold back. We are still doing that today. We’re always reinvesting into the business. We’re very innovative whether it comes to new growing practices, varieties and packaging. We’ve got the best varieties you can grow, and we are always at the forefront with packaging.’’

The business has continued to invest whether it is equipment, trucks or cool rooms. It is now looking at installing protective cropping, where the strawberries would be out of the elements, and hydroponics.

Jim credits the success of ASD to hard work and determination but most of all being a united family.