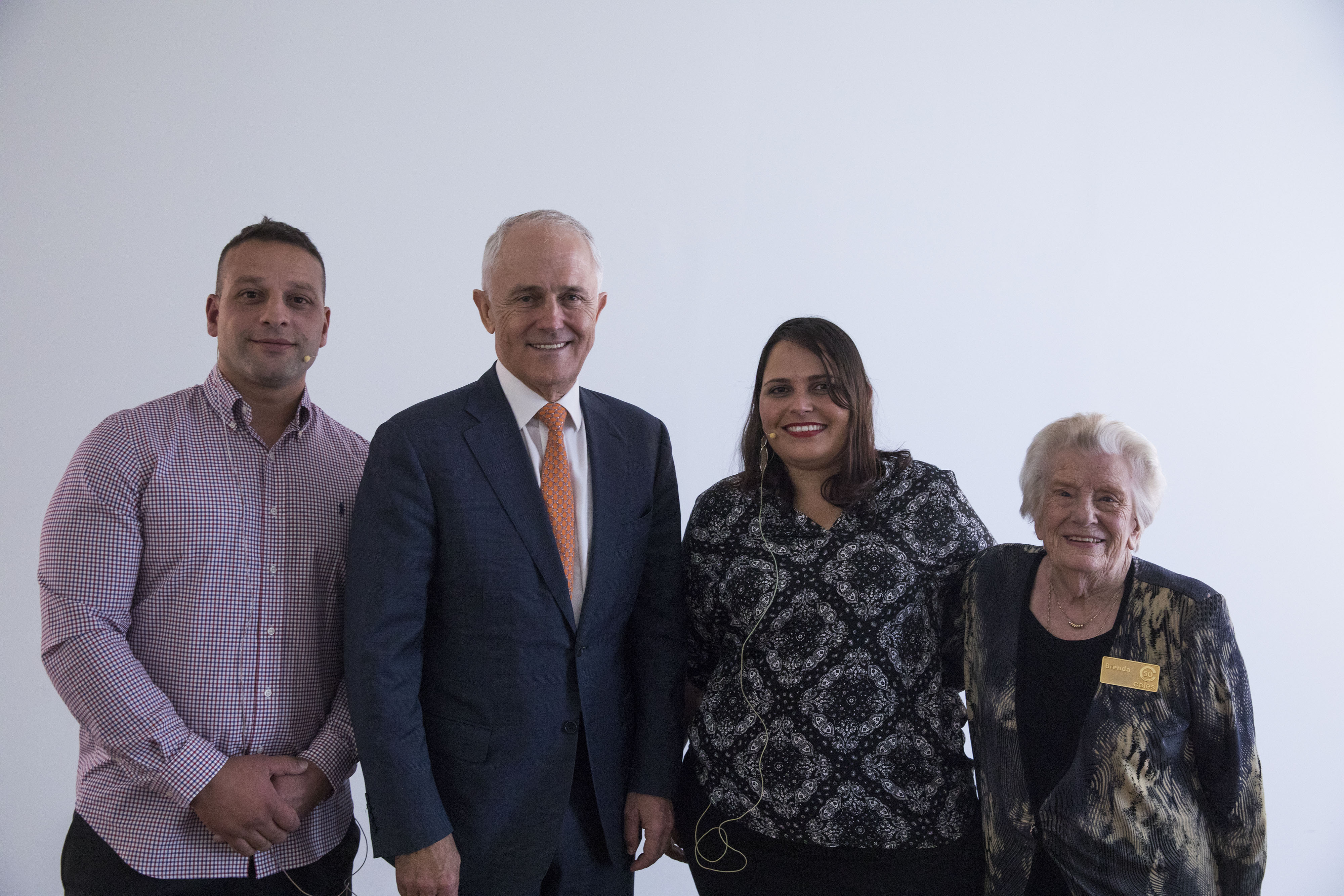 When Prime Minister Malcolm Turnbull started to describe Brenda Palmer as one of Coles’ longest standing employees, she gently but proudly pointed out she was in fact one of Australia’s “oldest checkout chicks’’.

“People say to me: ‘Do I object to that title and I say no. I've always been called that and I'm proud to be one, and particularly working for Coles’,’’ Brenda said.

Brenda first started working at the Coles supermarket in Glenferrie Road, Malvern on 19 July, 1967. Now aged 86, Brenda works four mornings a week at the same Melbourne supermarket. She begins each day at 6.30am and now serves the grandchildren of many of her first customers. 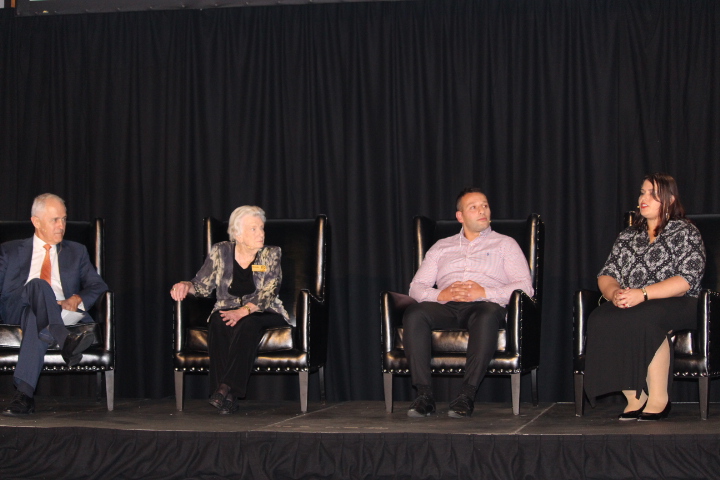 For most people, 10 years in the same job can feel like a lifetime, let alone more than 50 years.

“There’s never a dull moment in the retail world. If it's not actually within the shop itself, it's the customers or something happening,’’ Brenda said. “In the last 20 years, in particular, the technology has changed so much it's been really interesting.’’ 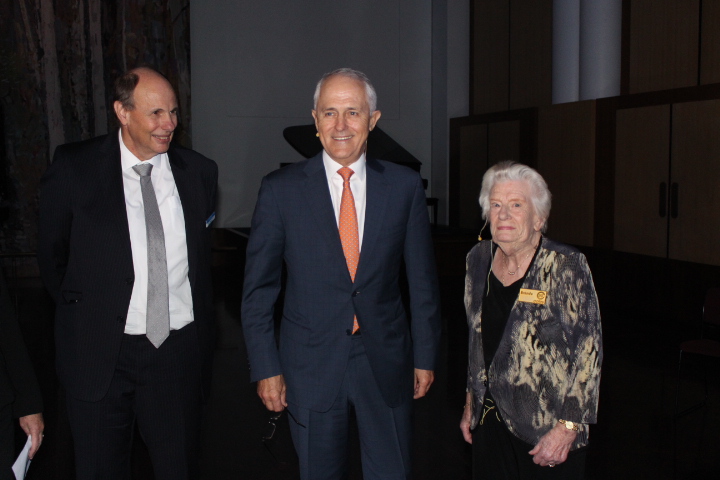 Brenda Palmer joined Naomi Beath from Woodside and Ali Assi from the DuluxGroup in an audience with Mr Turnbull in late March to applaud and celebrate the contribution workers make to Australian businesses.

To mark the business showcase in the Great Hall at Parliament House, the Business Council of Australia launched its Australia at Work advertising campaign.

Naomi, 32, is a Kariyarra woman from Port Hedland, who grew up in Karratha in Western Australia with her family. She moved to Perth for high school but dropped out.

She worked for some years in the insurance industry in Perth before returning to Karratha, where Woodside accepted her into an Operations Support Traineeship. The traineeship is designed to support young Indigenous people who may otherwise not qualify for an operator traineeship and helps them to prepare for it and progress through it. 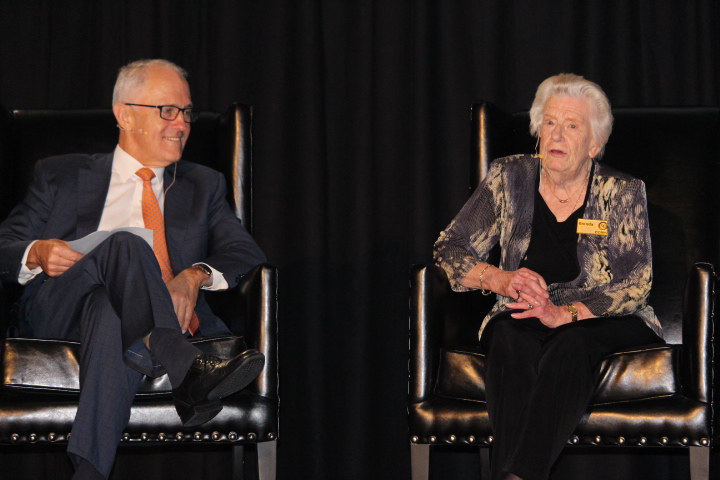 Naomi has now completed 4 years and 4 months of training with Woodside and 2 years of employment. She competed with multiple applicants for her current role as a production technician at the Karratha Gas Plant.

Naomi told the showcase she loved the responsibility that comes with her job.

“You're running the actual gas plant outside in the field,’’ she said. “It is something that most people would look at and go I could never do it.

“But coming from a background where I didn't finish school, I am female, I am Aboriginal in a normally white man’s world, it's very nice to see that given that opportunity. 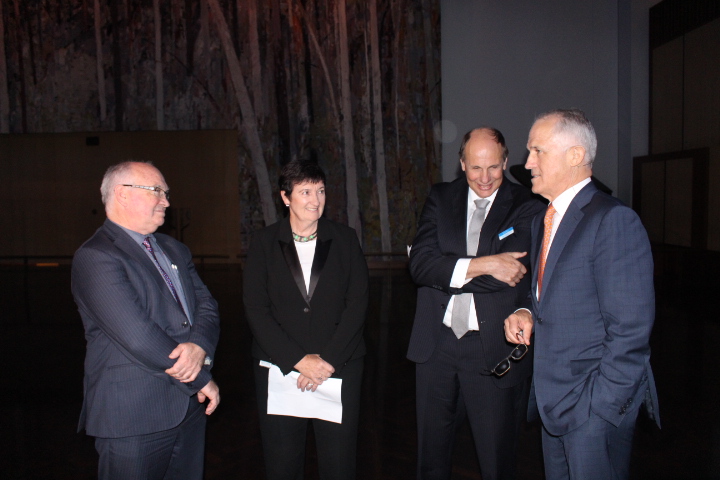 “I love the job. I love the people. I love that you don't just stop. You've always got something to learn in that industry,’’ Naomi said.

It has taken time and targeted programs in consultation with local Indigenous people for Woodside to be able to increase its Indigenous opportunities. This year 45 per cent of Woodside’s new trainees are Indigenous and the Pathways program, which Naomi came through, has been crucial.

Ali, who was given a second shot by the DuluxGroup after Australia’s car manufacturing industry contracted around him, echoed Naomi’s passion, saying he too loves what he does.

“Coming to work honestly makes me happy – every day,’’ Ali told business leaders and politicians at the showcase.

The 36-year-old son of Lebanese migrants started work at Dulux in August 2017 as production operator at the company’s brand new $165 million paint facility in the northern Melbourne suburb of Merrifield.

Dulux recruited most of the employees’ 60 new roles in August following an exhaustive six-month selection process involving more than 1000 applicants.

Ali said he believed Dulux was looking for workers with “the can-do attitude’’.

“They were looking for the right people to do the right job. They just weren't looking for people with paint history background,’’ he said. 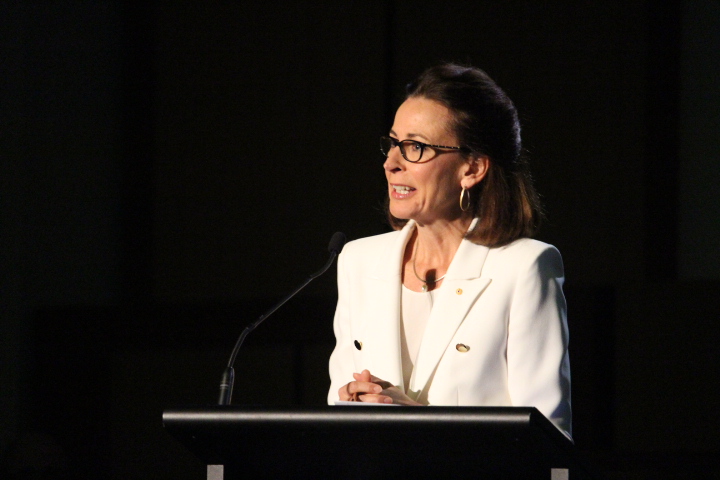 Because it was a greenfield site, Dulux had a unique opportunity to build a workforce at its Merrifield site from scratch – creating a range of new opportunities for workers in disrupted industries. An important part of the success was a recruitment process with a strong focus on removing bias.  The result is a diverse mix of age, culture and gender.

Dulux wanted to build a team of people who would look out for each other and take pride in being part of such an important new investment for Dulux’s future growth.

“As soon as I saw the Dulux ad, that was the job I was determined to get,’’ Ali said. “I’m getting the chance to do things I never thought I’d be doing.”

The same applies to Brenda who began working at Coles after seeing an advertisement for part-time employees. She decided to apply and first started off in the deli before moving to the check-out full-time.

Stores have changed significantly since the 1960s and Brenda can recall the days before telephones when check-out operators used bells to communicate to managers and the rest of the team. 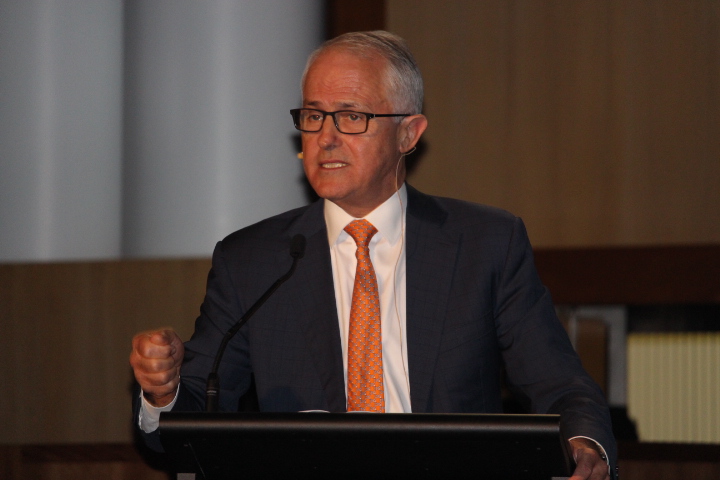 The biggest changes Brenda has witnessed over the past 51 years have been the introduction of barcodes, scanning and then EFTPOS, which have all simplified and sped up the work of check-out operators.

Her advice is simple.

“It all seems very daunting and you look at it and you think: ‘no, that's too hard’,’’ she said.

“But once you start, you get involved and you think: ‘I've got to learn how to do that.’ 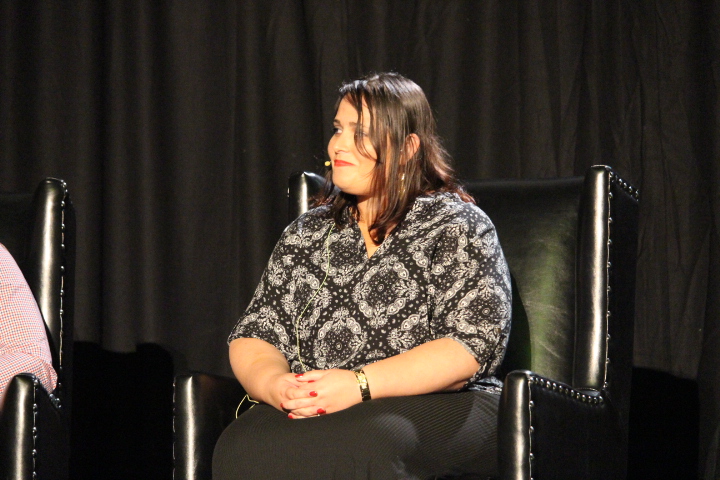 “Their jobs, their opportunities, their horizons, depend upon those businesses being successful and being driven and managed and led by people who are enterprising, who are courageous, who are prepared to invest and have a go,’’ the Prime Minister said.

“The best assets of every business in Australia, even the biggest resource companies with huge plants and equipment, their best assets are their people,’’ Mr Turnbull said. 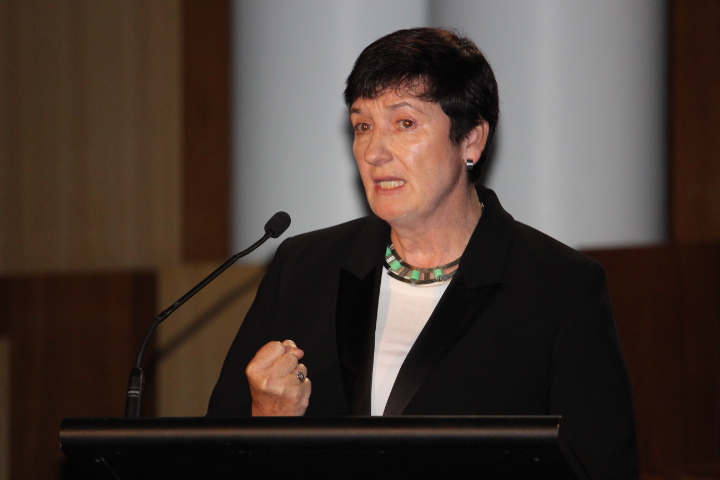 “And you so often have to remind people – well, what is business? Business is people, it’s the shareholders, it’s the customers, it’s the suppliers, and most importantly it’s the people who work there.

Business is not about numbers, Ms Westacott said. “It is mostly about people, it’s about prosperity.’’

“When people work they find dignity and they find purpose and that is fundamentally what we all aspire to – a society built on dignity, purpose, integrity and the values of compassion, decency and a decent way of life for all Australians,’’ Ms Westacott said.