This address by Business Council of Australia President Catherine Livingstone was made at the BCA's 2014 Annual Dinner, held on 28 October in Sydney. 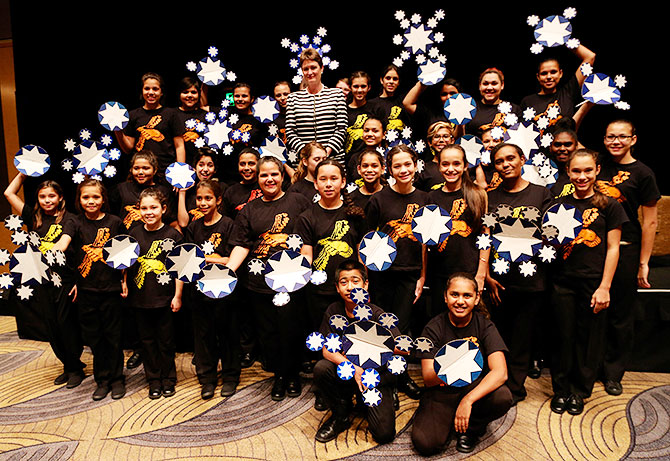 Introduction and acknowledgement of special guests

Bob Baldwin MP, Parliamentary Secretary to the Minister for Industry.

Senator the Honourable Penny Wong, Leader of the Opposition in the Senate and Shadow Minister for Trade and Investment.

When you were with us at our last annual dinner 12 months ago, your government was newly elected.

The context this year is the run-up to a significant milestone for your government and for the nation: the G20 Australia Summit.

The summit will reset the international growth agenda with practical policies that can be applied both collectively and within individual nations.

The agenda is about much more than setting a nominal growth target. It is focused on maintaining global standards of living for some countries, and improving standards for many others.

Business leaders, including a number of our CEO members, are proud to have made a contribution to this practical but visionary agenda.

We wish you and the Treasurer well in realising the potential of the G20 gathering of leaders in Brisbane next month.

Focusing domestically, your government has embarked on a major transformational agenda.

You have made a commitment to sustainable fiscal policy, as hard as that transition will be for both business and the community.

Your deregulation agenda continues to chip away at the backlog of poorly designed regulation, which is costing Australia jobs and investment.

Your Industry Innovation and Competitiveness Agenda goes to the very heart of how to advance Australia’s competitiveness in the face of major global forces of change.

And it is an agenda which includes structures and processes that embed consultation and collaboration between government, industry, academia and the broader community.

Your national vocational education and training – or VET – strategy puts a spotlight on an area of the tertiary sector that will be increasingly important in skilling, and re-skilling, people as our economy, and our jobs, move into, and up, the international value chain.

Both VET and STEM – the focus on science, technology, engineering and mathematics – are supported through the National Industry Innovation and Competitiveness Agenda.

Prime Minister, we strongly encourage the government to include the Digital Technologies stream in the new national curriculum from the early primary stage.

In the coming year, your reform agenda will encompass reform programs around the tax system and the operation of the Australian federation.

These programs are a critical complement to initiatives already underway.

The Business Council will continue to do all that we can to facilitate well-informed national discussion and the identification of common ground that makes change possible.

It is rewarding for us to contribute – through our reports and through participation in many discussions – to the debate around this ambitious national agenda.

We make this contribution, not to serve our individual company interests, but because we care deeply about Australia’s future.

The next five years will be crucial to the Australian economy making a successful transition – to having the sustainable capacity to generate the jobs of the future.

This transition will require engagement and collaboration between business, the community, and the governments and Oppositions of the day.

The BCA welcomes the engagement we have with the current Opposition.

We acknowledge their efforts to reach out to the business community, and their recognition of our work on Australia’s comparative advantages.

We are committed to working with both major parties and, where we can, with crossbenchers.

Because while there may not always be agreement on the detail of change, we must all agree on the fundamentals of serving Australia’s long-term national interest in the interests of the wellbeing of our citizens.

It is my pleasure now to introduce the Prime Minister, the Honourable Tony Abbott.

Submission to the Victorian inquiry into the on-demand workforce

This is the Business Council of Australia’s submission to the consultation process of the Victorian Government following the release in June 2020 of the report of its Inquiry Into the Victorian On-Demand...

Today’s easing of restrictions is welcome relief for Victorians and the rest of the country, Business Council chief executive Jennifer Westacott said.

Inexplicable delay is devastating for Victorians

Business is at a loss to understand why Victorian authorities are unable to put effective controls in place like those in NSW to allow people to live and work alongside...